Thanks to the new partnership, each of the new routes will be added to CRP’s Clean Air Route Finder, an interactive journey planner, developed in partnership with King’s College London and Imperial College London, to help identify low pollution walking and cycling routes in London.

In 2017, CRP identified developed London’s first on-street Clean Air Route between Euston and King’s Cross stations. Analysis of this initial project revealed that using this route allowed the public to reduce their exposure to air pollution by almost a quarter. 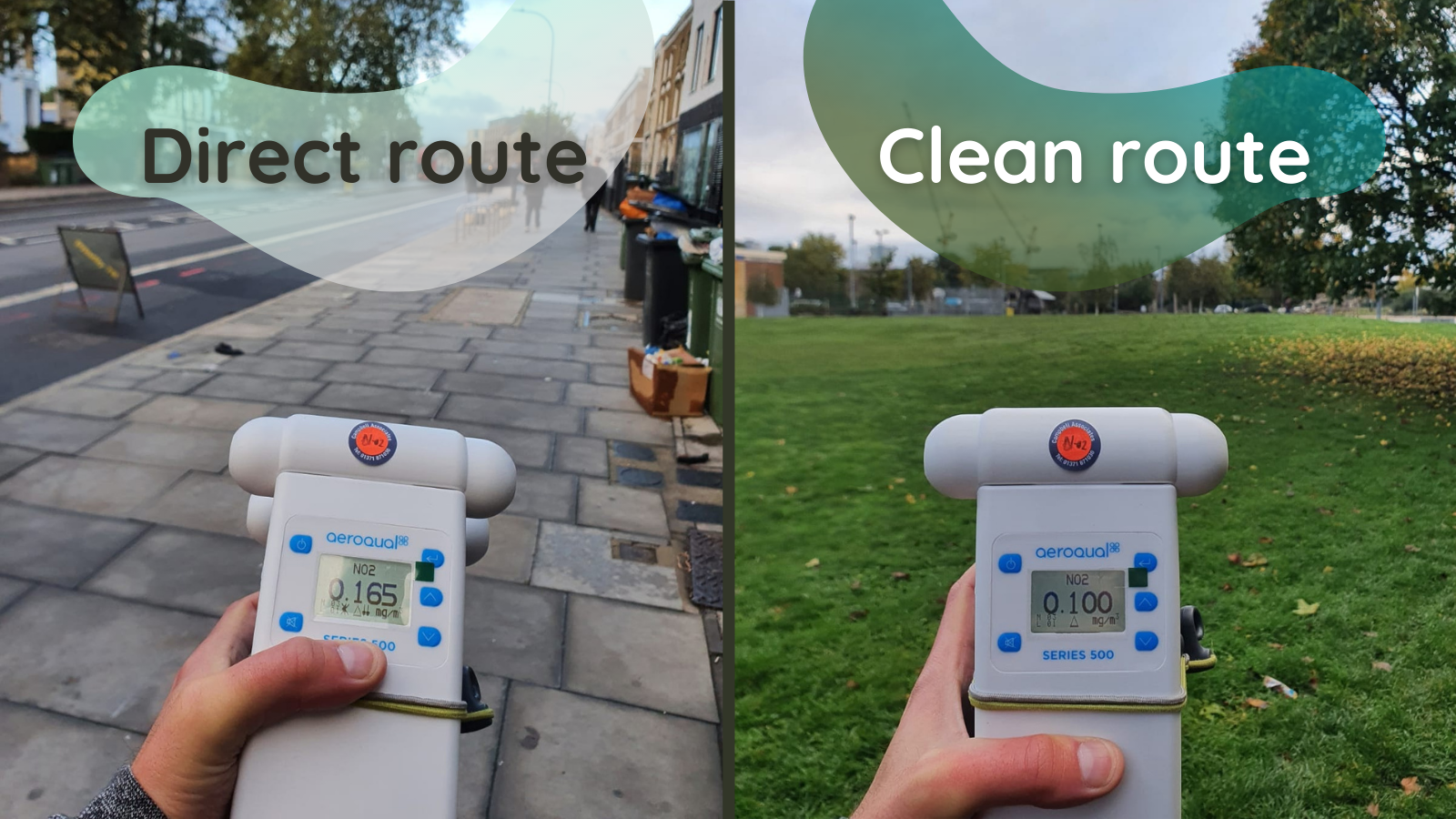 In Tooting, CRP has been working with St George’s Hospital to develop a simple alternative for patients, staff and visitors who are travelling to the hospital from Tooting Broadway Station. Research has shown that using this new Clean Air Route can allow the public to reduce their exposure to nitrogen dioxide (NOX) by almost 40%.

The latest Clean Air Routes also provide up to 28% more exposure to greenery and nature and also have consistently lower noise levels.

The Clean Air Routes Monitoring Report can be accessed here.