‘Nobody should have to breathe dirty air’ says city environment chief 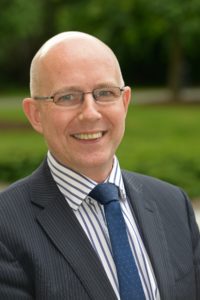 ‘Nobody should have to breathe dirty air,’ said Keith Bottomley, city environment chief speaking at the City of London Corporations Port Health and Environmental Services Committee.

Following the recently published Prevention of Future Deaths report and the inquest into the death of Ella Adoo Kissi-Debrah, Mr Bottomley said the tragedy ‘serves as a stark reminder of the terrible health impact that air pollution can have.’

He added: ‘This tragedy underlines, in very human terms, the urgency with which governments, local authorities, businesses – all of us – must act to drastically improve air quality.’

The City Corporations network of monitors show that air quality in the capital is improving, but it is still a major health concern with an estimated 4,000 Londoners dying prematurely from long-term exposure every year.

Mr Bottomley said that the City Corporation’s Air Quality Strategy would guide its work to ensure the Square Mile meets W.H.O limits on nitrogen dioxide by 2030.

He said that the City Corporation will continue to raise community awareness around air pollution and will seize new opportunities with its Climate Action Strategy, and COP26, and through its Emissions Reduction Bill, which with London Councils aims to give the capital’s local authorities tough new powers to tackle air pollution caused by boilers, construction machinery and diesel generators.

Absolutely! Avoid exercising outdoors when pollution levels are high. When the air is bad, walk indoors in a shopping mall or gym or use an exercise machine. Limit the amount of time your child spends playing outdoors if the air quality is unhealthy.