The government has responded to the coroner’s report following the death of Ella Kissi-Debrah but has refused to commit to an immediate lowering of legal levels.

In the report, which was published in April, coroner Philip Barlow ruled that air pollution made a ‘material contribution’ to the death of Ella Kissi-Debrah.

The coroner also said that the World Health Organisation (WHO) guidelines for particulate matter (PM2.5) should be seen as a minimum requirement.

The current legal limit for PM2.5 in the UK is 25 µg m, in comparison the WHO states that the annual mean concentrations of PM2.5 should not exceed 10 ?g/m3.

In response to this report, the government announced yesterday (June 17) that they will launch a public consultation early next year on new legal targets for particulate matter (PM2.5) pollution, with the aim of enshrining the new targets in law by October 2022.

The government will also invest an extra £6m for local councils to improve air quality. 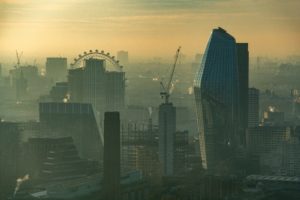 Environment secretary George Eustice said: ‘Ella’s death was a tragedy and I would like to pay tribute to her family and friends who have campaigned so tirelessly on this issue and continue to do so.

‘Today’s response is part of a much wider cross-Government effort to drive forward tangible and long-lasting changes to improve the air we breathe, as well as doing more to inform the public about the risks.

‘Air pollution levels have reduced significantly since 2010, with emissions of fine particulate matter falling by 11%, while emissions of nitrogen oxides are at their lowest level since records began. We know that there is more to do which is why we are setting new legally binding targets on particulate matter pollution and building on our Clean Air Strategy to accelerate action to clean up our air.’

Katie Nield, lawyer at environmental law charity ClientEarth, commented: ‘The coroner couldn’t have been clearer on the need to align UK law with the World Health Organization guidelines on PM2.5. He said it would save lives. Yet the government has totally disregarded this.

‘What they are announcing today to deal with this lethal pollutant is nothing but old commitments repackaged.

‘This is a disgrace given what happened to Ella and what continues to happen to children and adults across the country because of toxic air.

‘If the prime minister really wants to make the Environment Bill a lodestar, his government has to massively step up.’