Mayors and local leaders call for more powers and resources to be devolved from Whitehall to help decarbonise transport, tackle emissions and shape local energy markets.

At an international climate change summit in Birmingham tomorrow (July 13), the Mayor of the West Midlands, Andy Street, and UK100 will make the case to the government for additional powers to tackle the climate crisis.

A joint communiqué will be signed by 32 leaders, it will provide the government with concrete examples of urgent policy changes that would help local and regional authorities deliver net-zero. These include: 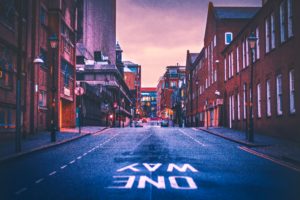 Andy Street, Mayor of West Midlands, said: ‘Climate change is a global emergency, and we know that every region and city across the world is going to have to play their part in tackling it.

‘That’s why I’m really pleased that the West Midlands, in partnership with UK100, has been able to bring local leaders together today to discuss our role in this looming crisis. Here in the UK, the Government has set out ambitious targets to achieve net-zero by 2050, and we want the West Midlands to play its part in that by meeting our net-zero target by 2041.

‘As part of our #WM2041 net-zero plans we’re already delivering practical change – from decarbonised transport and energy system solutions, to state-of-the-art battery technology and zero-carbon building techniques. Now, alongside other UK leaders, we’re asking ministers to give us the powers and the funding to do more. We want to work hand-in-glove with Government to accelerate the drive to Net Zero.’

Polly Billington, CEO of UK100, added: ‘We need a power shift from central government to local communities to tackle climate change. Local leaders are more trusted, more accountable and in the case of the UK100 – more ambitious in accelerating the path to Net Zero.’