Residents in the London Borough of Newham are disproportionately affected by air pollution, according to research conducted by the British Lung Foundation.

According to the study, between 2014 and 2016, London’s air pollution led to around 1,000 hospital admissions for asthma and serious lung conditions a year. 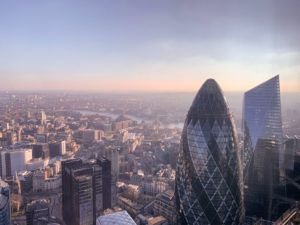 The Mayor of London, Sadiq Khan, said: ‘As someone who lives with adult-onset asthma, I know from personal experience that London’s toxic air is damaging people’s health. This study is a stark reminder that air pollution disproportionately affects the most vulnerable Londoners and I’m doing everything in my power to protect children, the elderly and those with respiratory conditions from our filthy air.

‘In central London, the world-leading Ultra Low Emission Zone has already helped cut toxic roadside nitrogen dioxide pollution by nearly half and led to reductions that are five times greater than the national average. But pollution isn’t just a central London problem, which is why expanding the ULEZ later this year will benefit Londoners across the whole of the city and is a crucial step in London’s green recovery. There is no time to waste. We know pollution hits the poorest Londoners the hardest which is why I’m doing everything I can to improve the health for all Londoners.”

Sarah Woolnough, chief executive of Asthma UK and the British Lung Foundation, added: ‘It’s not right that people with asthma should feel like prisoners in their own homes because breathing the air outside could trigger a life-threatening asthma attack or exacerbation.

‘The ULEZ is proof that with the right level of ambition, air quality can be rapidly and significantly improved. That’s why we welcome the expansion to make more areas of London safer and inclusive for people living with all types of lung disease, whilst also paving the way for wider clean air action and initiatives right across the capital and in other UK towns and cities.’

In related news, Air Quality News speaks to the campaigners protesting against the Silvertown Tunnel to find out why this has become one of London’s most controversial infrastructure projects to date.

Please can you provide a link to the source BLF research report?

Awareness and understanding being able to contribute effectively to the discussion will bring about positive results for others to follow! As society evolves it will demand changes for good so lets expose these elements and discuss how to resolve!!

With all the building works and construction sites currently using Scaffold sheeting in major built up areas to shield the works and protect there is a great product that can be coated onto the material making it “pollution eating” removing harmful NOx from the surrounding air. ReactivAir ,contact me for further info