Lockdown led to a reduction in air pollution in Northern Ireland

Air pollution in Northern Ireland saw a significant reduction during lockdown, according to a report commissioned by the Department of Agriculture, Environment and Rural Affairs (DEARA).

According to the report, reductions in particulate matter (PM2.5) and nitrogen oxide (NOx) pollution were seen right across Northern Ireland.

Between March and June 2020, NOx concentrations fell by between 41% and 67%, with the biggest difference seen in Newry Canal Street in Ulster.

The researchers have said that this decrease was largely due to a decrease in traffic. When social distancing began, traffic levels dropped to around one-third of their usual levels.

Traffic has then gradually increased, however, according to the study even by the beginning of July 2020, traffic counts had still not returned to pre-lockdown levels.

In comparison to this reduction, the researchers found that in the early part of the lockdown when the weather was cold, domestic fuel burning may have increased. However, they highlighted that fuel burning is not monitored and so there is insufficient information to quantify the impact. 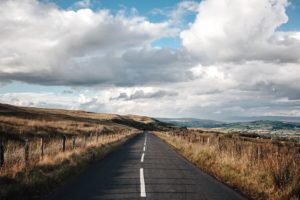 However, the amount of energy produced by coal, oil and gas were not unusually low during the lockdown. Therefore, it is estimated that any reduction in pollutant emissions during this period are likely to have been small.

The study also highlights the impact of international emissions on local air quality. Prior to March, Atlantic air currents brought cleaner air from the west and southwest. However, spikes in poorer air quality were found to coincide with air currents from the east in April, May and June.

Two of the four sites that monitored black carbon showed some evidence of a decrease during the lockdown. Black carbon is directly linked to emissions from combustion processes in transport, domestic heating or industry, and from waste burning or wildfires.

Non-road transport – such as flights and rail services – also showed dramatic decreases during the lockdown period. However, researchers explained the resulting improvements in air quality were too difficult to quantify.