Travelling during rush hour increases an individual’s exposure to air pollution, according to a new study published in the journal Environmental Research.

The link between traffic and air pollution is well-known. However, the many factors that may influence commuters exposure to air pollution, such as frequency, time and duration of commute are less well-established.

In order to better understand this, the researchers built on an existing study of 46 women’s exposure to particulate matter (PM2.5) using personal air pollution monitors, and used statistical methods to cluster commuters together to determine whether these clusters were associated with traffic pollution exposures.

Based on these findings, the researchers have highlighted that employers should weigh up whether working-from-home policies should continue post-pandemic. 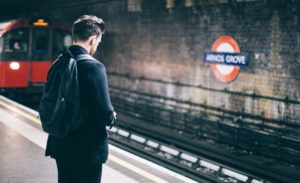 ‘Linking this data with personal air pollution monitoring allowed us to better understand how commuter characteristics are associated with sources of air pollution exposures.

‘The current research cannot tell us whether modifying commutes, for example by avoiding highways or commuting outside of rush hour, will lower traffic pollution exposures for commuters. More research is needed to determine what changes would be effective to lower exposures.’

Dr Krall’s ongoing research seeks to distinguish between similar sources of traffic pollution, such as pollution generated by brake wear or from tailpipe emissions, and to develop statistical methods to better estimate exposure to pollution sources.

In related news, air pollution halved at commuter hotspots in London in the first four weeks of lockdown, according to new research by the Environmental Defence Fund Europe (EDFE) and Global Action Plan.