3.1 million children in England go to school in areas with toxic levels of air pollution, according to new analysis conducted by City Hall.

According to the research, children in London are four times more likely to go to school in an area where air pollution exceeds World Health Organisation (WHO) limits.

The analysis also shows that in 2019, before the pandemic:

The Mayor of London, Sadiq Khan, said: ‘For too long it has been accepted that children growing up in London will breathe more polluted air than their friends and family outside this great city.

‘But I don’t accept this. I’m doing everything in my power to stop young Londoners from breathing air so filthy that it damages their lungs and causes thousands of premature deaths every year. This is why I’m expanding the Ultra Low Emission Zone later this year.

‘I want to make sure all of London meets the WHO limits for particulate matter. But I can’t do it alone and I want to work with Government to achieve this goal. That’s why I’m asking for the new Environment Bill to include legally binding WHO recommended limits to be achieved by 2030. We can’t sleep walk from the health crisis of COVID back into complacency over the major impact of toxic air on everyone’s health.’ 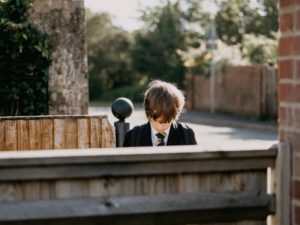 Nick Bowes, chief executive of Centre for London commented on this research, he said: ‘Raising children in London shouldn’t damage their health but these shocking figures from City Hall show that it does.

‘Successive mayors have promised to do more to tackle this crisis but London still exceeds legal air pollution limits many times over.

‘The expansion of the Ultra-Low Emission Zone in the autumn will be a huge step, but City Hall could be bolder and adopt a pay-per-mile road user charging scheme which would deliver cleaner air, increase active travel and reduce congestion, as well as provide a substantial income stream to help plug Transport for London’s finances.

‘London also needs more devolution so that it can tackle other sources of poor air quality beyond road vehicles.’

In related news, reducing air pollution could improve a child’s ability to learn, according to new research published by Global Action Plan, the Philips Foundation and the University of Manchester.

As a child I thought the air pollution in London was awful.  With my late husband, I set up the Electric Vehicle Development Group in the 1970s. The aim was to provide advanced batteries for transport as well as fuel cells for transport and combined heat and power (CHP) for buildings and industry. The Greater London Council and London Transport were full members, along with the Metropolitan Authorities and Passenger Transport Executives around the country. These were all abolished by the Government in the 1980s. The only Government support came from the Department of Energy, but this was also abolished by the Government.
In view of the severe problems of air pollution and climate change, engineers have continued to work, largely on a voluntary basis.  The Government makes incremental changes with the automotive industry and electricity suppliers. London Taxicabs wanted to evaluate zero emission fuel cells in their vehicles but funding has again been turned down by Innovate UK.  We need to support our engineers.

‘London also needs more devolution so that it can tackle other sources of poor air quality beyond road vehicles.’ Exactly.
Obviously the major air quality problem is not road vehicles if the readings are high PM2.5s.
https://www.epa.nsw.gov.au/-/media/epa/corporate-site/resources/air/vehicle-emissions.pdf?la=en

As explained in my above note, we aimed to have zero emission energy with combined heat and power for buildings and industry with efficiency up to 90%. We have been working to achieve local production of renewable energy. Electrochemical conversion is twice as efficient as combustion, so less fuel would be required. It also does not have the emissions which come from wood burning. We are recycling materials and organic waste. Our literature is freely available on our websites.