‘Blue’ hydrogen may be worse for the environment than coal, say researchers at Cornell University.

Blue hydrogen is made by converting methane to hydrogen and carbon dioxide by using heat, steam and pressure, it is similar to grey hydrogen, but it goes further to capture the carbon dioxide.

However, according to new research published in Energy Science & Engineering, the carbon footprint to make blue hydrogen is more than 20% greater than either natural gas or coal. 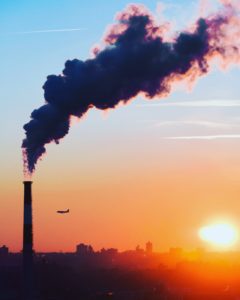 Robert Howarth, the lead author of the study, said: ‘In the past, no effort was made to capture the carbon dioxide byproduct of grey hydrogen, and the greenhouse gas emissions have been huge.

‘Now the industry promotes blue hydrogen as a solution, but it still uses the methane from natural gas while attempting to capture the byproduct carbon dioxide. Unfortunately, the emissions remain very large.’

Methane is a powerful greenhouse gas and has a warming potential of more than 100 times that of carbon dioxide.

According to the researchers, although emissions of blue hydrogen are less than grey hydrogen, the reduction is only around 3%.

‘Blue hydrogen as a strategy only works to the extent it is possible to store carbon dioxide long-term indefinitely into the future without leakage back to the atmosphere.’

An ecologically friendly ‘green’ hydrogen does exist, but it remains a small sector and it has not been commercially realized.

Green hydrogen is achieved when water goes through electrolysis (with electricity supplied by solar, wind or hydroelectric power) and the water is separated into hydrogen and oxygen.

Robert Howarth said: ‘The best hydrogen, the green hydrogen derived from electrolysis -if used wisely and efficiently – can be that path to a sustainable future. Blue hydrogen is totally different.’