Green transport alternatives are growing in popularity, according to a new survey conducted by Bikesure.

The survey, which involved over 1,000 members of the public, revealed that 72.2% of respondents are considering switching to a greener alternative:

However, the survey also revealed that positive sentiment towards London’s Ultra Low Emission Zone (ULEZ) has decreased in 2021. 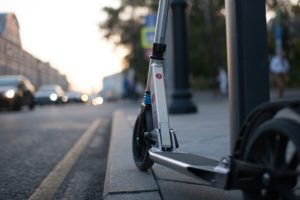 37.5% said they approve of the ULEZ expansion but said they are frustrated by its impact on their lives, this figure is down on 43.2% surveyed in 2020.

Encouragingly, 37.4% feel the introduction of Clean Air Zones across several major UK cities are a positive thing for the country.

Rob Balls, underwriting manager at Bikesure, said: ‘With EV infrastructure across London and the UK growing rapidly to meet consumer demand, Bikesure is encouraged to see more Londoners than in previous years considering buying EVs whether that be on two wheels or four, or already committing to greener transport alternatives.’