Over the past five years, more countries have adopted policies on polluting sectors, according to a new report published by the United Nations Environment Programme (UNEP).

The authors of the report assessed policies across all polluting sectors in 195 countries. They found that since 2016, 18 more countries have added new vehicle emission standards equivalent to Euro 4/IV or higher, bringing the total to 71 countries.

Despite most low-income countries lacking regulation for the emission standards of imported-used vehicles, there is also a growing number of regulations on the maximum age of imported vehicles.

For example, Morocco only permits the import of vehicles less than five years old and those meeting the Euro5 European vehicle emission standard.

13 more countries have introduced programmes to promote clean cooking and heating, bringing the total to 95 and although it remains widespread, 26 more countries now strictly regulate the burning of solid waste. 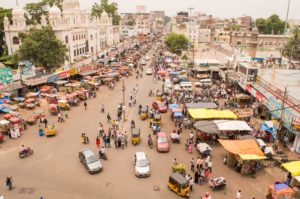 However, despite this progress, among the 124 countries with air quality standards, only 57 continuously monitor air quality, with 104 countries having no monitoring infrastructure in place.

To improve air quality, the authors highlight that there is a need for better enforcement of existing policies and regulations, more sustainable financing and more widespread monitoring.

UNEP is calling on countries to incorporate investments in pollution clean-up in their post-Covid-19 recovery plans. They are also calling for new benchmarks to be set to assess current and future actions towards cleaner air.

‘They also improve the overall health and economic well-being of 92% of the world population that lives where air quality levels exceed World Health Organization (WHO) limits.

‘Today, we have more policies in place than ever before, but it is absolutely critical that we focus on implementation, especially where people are disproportionately affected by poor air quality.’