The majority of children are worried about air pollution

Eight out of ten children worry about air pollution, according to a new survey conducted by E.ON.

The survey, which involved over 2,000 respondents revealed that the vast majority of children (94%) are keen to reduce air pollution.

However, almost a third of parents (29%) admit to driving their children to school despite it being less than 30 minutes away.

The findings revealed that parents have become more aware of the dangers of air pollution on their family’s health, however almost half (42%) feel they lack an understanding of what they can do to help.

In light of these findings, E.ON has launched a new Air Heroes competition. Children across the country have the opportunity to win a ‘superhero’ cape that helps them to reduce air pollution as they walk to school.

The capes, which have been designed by fashion brand Scamp & Dude, use a technical fabric that has the ability to absorb and break down harmful air pollutants. 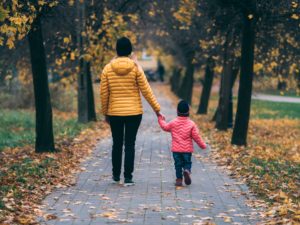 The winner will receive a cape for themselves and their entire class.

Michael Lewis, E.ON UK CEO, said: ‘Air pollution in our communities is something that we can’t always detect, but we know that children are exposed to it on a daily basis, whether that be on their journey to and from school or running around the playground.

‘From our research, it’s clear that this is something parents and children are actively worrying about, so it’s hugely important that we do something to help reduce this and clear the air.

‘The Air Heroes capes are a fun, engaging way to encourage children and their parents to think about the serious impact we have on our environment on a daily basis, and we hope we can continue to educate and encourage people to make changes to their daily routine, even if it’s small changes, such as walking to school one day each week.’

To find out more and enter the competition click here.