One in five drivers in Birmingham say they will use public transport more due to the city’s Clean Air Zone (CAZ).

Birmingham City Council launched its Category D CAZ on June 1. The zone applies to all vehicles that do not meet the minimum emissions standards of Euro 6 for diesel and Euro 4 for petrol.

After feats of backlash, the poll by Public First for Green Alliance found that most of those involved approved of or were neutral about how the council has implemented the zone.

The poll also revealed that half of those questioned (47%) supported improvements to public transport in the region to tackle air pollution. 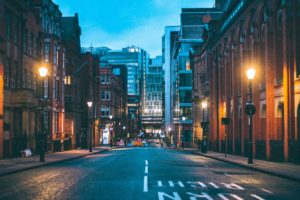 While there are plans for new CAZs in other cities, including Manchester, Bristol and Sheffield, Birmingham is the second city in the UK, after London, to target private cars.

Fewer than one in five respondents were against the decision to include private vehicles, with three in five positive or natural.

Philippa Borrowman, the policy adviser at Green Alliance, said: ‘Birmingham’s leaders are showing the rest of the country that you can use clean air zones to tackle air pollution and keep the support of local people.

‘The government must continue to support local authorities across the country to roll out these measures, alongside better public transport and encouraging walking and cycling. That way we can create happier, healthier communities at the same time as helping to meet our climate targets.’