Hidden harms: the impacts of air pollution on the mind

Air Quality News reporter Chloe Coules investigates growing concern around the effects that air pollution can have on our brains and wellbeing, from mental health to memory.

Researchers have known for decades that high levels of air pollution can have a negative impact on respiratory and cardiovascular health, accounting for around 28,000 to 36,000 early deaths a year in the UK according to Public Health England.

However, the effects of air pollution on the mind are less well understood, and researchers have only recently started to discover the vast range of impacts that air pollution can have on the brain.

‘Air pollution is not something we immediately think of when asked about the factors that increase a person’s risk of having problems with their mental health. However, there is a growing body of evidence that suggests that air pollution does make people more likely to experience mental health difficulties,’ says Dr David Crepaz-Keay, head of applied learning at the Mental Health Foundation.

‘We also know that physical and mental health are very closely connected, so it is likely that something known to harm people’s bodies – air pollution – also harms their minds,’

A recent study published in the journal JAMA Open Network, found that exposure to air pollution in childhood and adolescence is linked to an increased risk of mental illness in adult life.

The study monitored adolescents across several decades, measuring their exposure to nitrogen oxides (NOx) and fine particulate matter (PM2.5) in the home between the ages of 10-18 years, and then assessed their mental health once they reached 18. 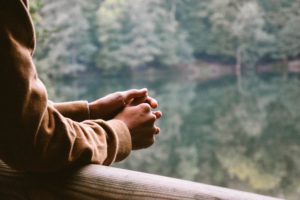 Although air pollution was found to be a weaker risk factor than other more obvious risks to mental health on an individual level, such as family history, they concluded that air pollution exposure is widespread across the world and is therefore likely to be a significant contributor to the global mental health crisis.

The mechanisms through which air pollution harms mental health are similar to the ways in which it harms physical health, according to Matthew Johnson, professor of atmospheric chemistry at the University of Copenhagen and co- founder and chief science officer at Air Labs.

According to Matthew Johnson, how this manifests can vary due to a range of factors, for example men are more likely to have depression as the result of air pollution, while women are more likely to develop anxiety. Worryingly, he has noticed that the impacts of the pandemic on our mental health and the amount of time we spend inside may be worsening this issue.

‘There’s a whole range of effects from poor air quality – things that range from simple irritation or a headache, all the way up to major depression and suicide – there really is a lot of evidence all along that spectrum, and I think people have noticed it more since they have been spending time indoors, and the stress of the pandemic itself has been compounding these things so there’s kind of an intersection of mental health issues right now,’ he says.

As well as impacting upon our mental health, air pollution can have a dangerous impact on our memory, in some cases even leading to the onset of Alzheimer’s disease.

Dementia and Alzheimer’s disease is the leading cause of death in the UK, accounting for 12.4% of all deaths registered in 2019. This problem is predicted to get much worse, with the World Health Organisation estimating that the global number of deaths from the condition will increase by over 40% between 2015 and 2030.

A recent study, published by the American Academy of Neurology, found older women living in areas with high levels of air pollution may be more likely to develop dementia.

The researchers examined hundreds of women who did not have dementia at the start of the study and found that for each 3 mg/m3 increase in PM2.5 exposure, there was a greater extent of brain shrinkage over five years, which was equivalent to a 24% increase in risk of Alzheimer’s disease, even after adjusting for a range of risk factors. Worryingly, the study found that air pollution still caused shrinkage of the brain in women exposed to levels lower than those considered safe by the US Environmental Protection Agency.

In addition, researchers at the Karolinska Institutet in Sweden have found that long-term exposure to PM2.5 and nitrogen dioxide (NO2) is associated with a higher risk of dementia, with heart disease and heart failure found to enhance the link between air pollution and dementia.

Although the researchers could not draw conclusions on why this occurs, they hypothesised that ultrafine particles may reach the brain via circulation and induce systemic inflammation, damaging the blood-brain barrier.

A global study published in the Journal of Alzheimer’s also found that people are more likely to develop dementia if they are exposed to PM2.5 and NOx over a long period of time. The research suggested that this may occur by increasing levels of inflammation in the human body, or by increasing the risk of having a stroke, as people are fifty times more likely to develop dementia in the year after a major stroke.

The inflammation that air pollution can cause in the body not only increases the  risk of mental health issues and memory loss, but it also can hamper our cognition and decision making.

A study by researchers at the IZA Institute of Labor Economics measured the indoor air quality at chess tournaments in Germany and used a chess engine to evaluate how optimal each player’s moves were. They found that higher levels of air pollution impacted upon the players’ strategic decision making, especially under time pressure and stress.

According to one of the researchers, Steffen Künn, this effect on cognition is triggered by air pollution levels that you would see in any urban area or city in Europe and occurs within a few hours of exposure.

‘You go to work, going through rush hour with your bike, you inhale all the pollutants, your cognition will be impaired in the next few hours. This is the conclusion from our study,’ he tells Air Quality News. The researchers found that different types of pollution have different levels of impact on cognition, with CO2 only significantly affecting decision making when the players were under time stress, while PM10 had a much greater effect regardless of time pressure. 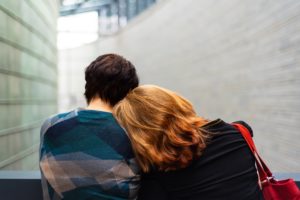 What can be done?

Emerging research shows a clear link between air pollution and negative impacts on the brain, ranging from issues with mental health and memory to hampered cognition. However, the good news is that the research consensus suggests that limiting air pollution exposure can prevent or limit the effects that air pollution has on the mind.

Matthew Johnson advises that people be aware of their surroundings and take action to prevent exposure to air pollution if they are concerned about its impacts on their mental wellbeing.

He suggests that people identify specific sources of pollution that they encounter on a daily basis, such as poor ventilation when cooking, second-hand smoke, or rush hour congestion, and take measures to reduce the impact of the sources of air pollution, which could be as simple as opening windows or investing in personal air filters for the car or home.

However, the burden of mitigating the effects of air pollution cannot rest solely on the individual, and the only way to halt the rising impact of air pollution on the mind is to create lasting global change to tackle pollution at its source.