Countries outside the EU are lagging behind on air quality

Extreme air pollution hotspots remain in Central Asia and the Balkans, according to a new report published by the United Nations Environment Programme (UNEP).

Twenty-nine countries in Europe and Central Asia took part in a questionnaire on actions taken to reduce air pollution and their prospective results.

The study highlights that between 2010 and 2017, emissions of most monitored air pollutants decreased in Western, Central, Eastern and South-Eastern Europe.

For example, in Western and Central Europe, pollution linked to electricity, heat production and industry were found to have fallen by 20% in some countries. This is due to a greater uptake of renewable energy and improvements in energy efficiency.

However, in comparison, particulate matter (PM2.5) pollution levels still exceed World Health Organisation (WHO) guidelines at 70% of the stations in all the countries surveyed.

PM2.5 emissions increased by 21% between 2010 and 2017 in Kazakhstan, while carbon monoxide emissions in the country jumped 34%, and road traffic emissions rose by 20%. 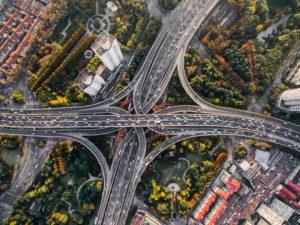 Emissions of ammonia increased across Europe and Central Asia during 2010-2017, with the biggest increase recorded in South-Eastern Europe. Once emitted, almost entirely from farming, much of the ammonia forms into PM2.5 and can cause respiratory diseases. The rise in emissions occurred despite 75% of countries promoting sustainable agricultural practices, according to the paper.

The air pollution challenge is seen to be growing in the Western Balkans, where more than 60% of people use solid fuels such as coal and firewood to heat their homes. As a result, during winter, cities such as Belgrade, Sarajevo, Skopje, and Sofia are among the worst polluted in the world. On average, city dwellers in the region lose up to 13–16 months of life to air pollution.

Bruno Pozzi, Europe director for the UN Environment Programme said: ‘We are not yet breathing air fit for human health, and are still counting the cost of lives lost and economic damage due to air pollution. Yet this report shows how big improvements can be made. As we build back greener from Covid-19, the COP26 climate talks offer a major chance to seize these solutions, which are often at low cost.

‘It is problematic that countries outside the EU are lagging behind, not least from an environmental justice perspective. In addition, these countries are lagging also in their efforts to reduce emissions, even if the air quality monitoring has improved.’