The report shows that since stricter standards were introduced in March this year, the number of compliant heavy vehicles has increased from 87% to 95% – and has almost doubled since the scheme was first announced in 2017.

The LEZ covers most of Greater London and complements the Ultra Low Emission Zone (ULEZ), a zone operating 24 hours a day, 7 days a week, in which most vehicles need to meet the ULEZ emission standards or pay a daily charge.

The LEZ also has significant benefits outside of London, with independent analysis by the Environmental Defence Fund showing vehicles that passed through London’s Low Emission Zone went on to drive through 95% of the major towns and cities in England and Wales, bringing air quality benefits to a combined population of 18 million people. 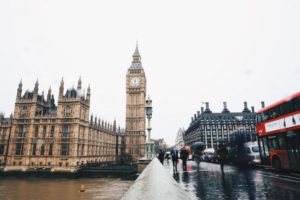 The Mayor of London Sadiq Khan, said: ‘Toxic air pollution causes long-lasting harm and contributes to many thousands of premature deaths every year, so it is really encouraging to see businesses shifting to cleaner vehicles and 95 per cent of heavy goods vehicles now meeting the Low Emission Zone standards.

‘I’ve implemented the most ambitious plans to tackle air pollution of any major city in the world – showing what we can achieve together if we are bold enough. I am extending the ULEZ in October because we know it will bring significant health benefits to millions of Londoners and help tackle the climate emergency.

‘With the UK set to host COP26 in just a few weeks, the Government must match my ambition and help clean up OUR filthy air and reduce carbon emissions from transport across the country. This must include giving cities additional powers and creating a national Clean Air Fund to help people switch to cleaner, greener cars and more sustainable transport options.’

They have not included the diesel driven transport refrigeration units that sit above the cabs of the trucks and are fitted to the trailers. They are noted to be up to 200 – 500 times more polluting than the Euro6 truck they are fitted to and do not get included in any emission reports and are not included in any ULEZs – there are thousands going into London every day with no restrictions. In California there have banned there use after 2030 as they deemed them as a risk to Life.
In the UK the department of transport does not control them it comes under DEFRA.
Something needs to change or emissions will not change.