Air pollution may be linked to heart failure

Exposure to air and noise pollution may increase the risk of heart failure, according to the American Heart Association.

The researchers collected data from 22,000 individuals and measured their exposure to air and noise pollution by maintaining records of each individual’s residential addresses.

The analysis of various pollutants and their effects on heart failure revealed that: 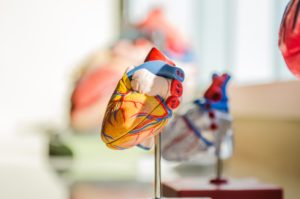 ‘In addition, about 12% of the total study participants had hypertension at enrollment of the study. However, 30% of the nurses with heart failure incidence had a previous history of hypertension, and they were the most susceptible population to air pollution exposure.

‘To minimize the impact of these exposures, broad public tactics such as emissions control measures should be implemented. Strategies like smoking cessation and blood pressure control must be encouraged to help reduce individual risk.’

In related news, even small increases in nitrogen dioxide (NO2) levels could be linked to a heightened risk of cardiovascular and respiratory deaths, according to a new study published by The BMJ.

How can this be compared and related to Indoor Air Pollution? As the EPA has stated indoor air has surpassed outdoor air pollution. We can relegate this to the toxic consumer usage.