Defra has been ordered to quash its Air Quality Plan for the second time in 18 months today (2 November) – after the High Court deemed its emissions modelling ‘too optimistic’.

The ruling follows a legal challenge by the environmental law firm ClientEarth which claimed in a hearing last month that the Department for Environment, Food and Rural Affairs (Defra) had taken ‘minimum’ steps in order to comply with the EU Directive on NO2 emissions. 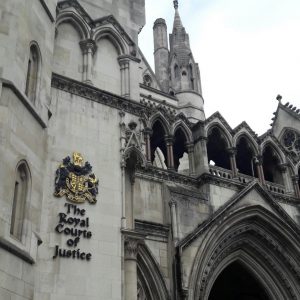 In a ruling today Mr Justice Garnham ruled that Defra had ‘fallen into error’ by adopting ‘too optimistic’ a model for future emissions. The Judge added that the government must aim to achieve compliance by the ‘soonest date possible’.

The decision will likely come as a blow to the government, which only last year was ordered to revise its Air Quality Plan in a separate case by ClientEarth brought to the Supreme Court.

In that ruling, the Supreme Court ordered Defra to produce and consult on a new air quality plan by the end of 2015 so that the UK would have time to meet the EU Directive on NO2 emissions (see airqualitynews.com story).

In its representation to the High Court at the end of last month, Defra argued the timetable set by the Supreme Court to renew its Plan ‘was not an easy task’ – but concluded the revised proposals had been ‘a complex and thorough decision-making process’ which used ‘proportionate and feasible’ measures to achieve compliance.

However in his ruling, Justice Garnham suggested it was ‘remarkable’ that the government had based its revised Air Quality Plan around modelling on NO2 emissions which did not take into account ‘emerging’ data for real-world testing of Euro 6 vehicles.

A Cabinet briefing document dated October 2015 shows that the government was aware of the research into Euro 6 vehicle emissions before the AQP was published. The document notes “emerging findings from real-world testing by independent experts, Emission Analytics…suggest emissions for Euro 6 are significantly higher than previously thought”.

The Judge added if Defra had built its 2020 emissions forecast on ‘higher, more realistic, assumptions’, then the number of Clean Air Zones it would have needed to set up would have increased ‘substantially’.

Justice Garnham continued that the AQP did not identify measures which would ensure the exceedance period for NO2 be kept ‘as short as possible’.

In ruling, Justice Garnham noted: “It seems to me plain that by the time the [air quality] plan was introduced the assumptions underlying the Secretary of State’s assessment of the extent of likely future non-compliance had already been shown to be markedly optimistic.” 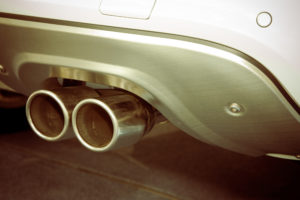 He added: “This application must succeed and the AQP must be quashed.”

He noted that additional Clean Air Zones in UK town and cities may be required in order to fix a more proximate compliance target, but added this would depend on the outcome of further modelling.

ClientEarth had argued other possible steps, such as locally targeted diesel scrappage schemes, retrofitting schemes and other ‘fiscal’ measures should be adopted to ensure compliance with NO2 limits.

However, the Judge said he did not see how any of these additional measures could help achieve the EU’s objectives if low emission zones of ‘sufficient scope’ were established in all cities where modelling predicts exceedances in NO2.

He added that criticism of the Treasury’s role in rejecting some of Defra’s original recommendations for air quality was ‘misplaced’ – arguing it was the government department’s duty to manage and limit public expenditure.

The High Court will now hear further details of the relief that is appropriate, with a timetable for adoption of a new Air Quality Plan still to be decided.