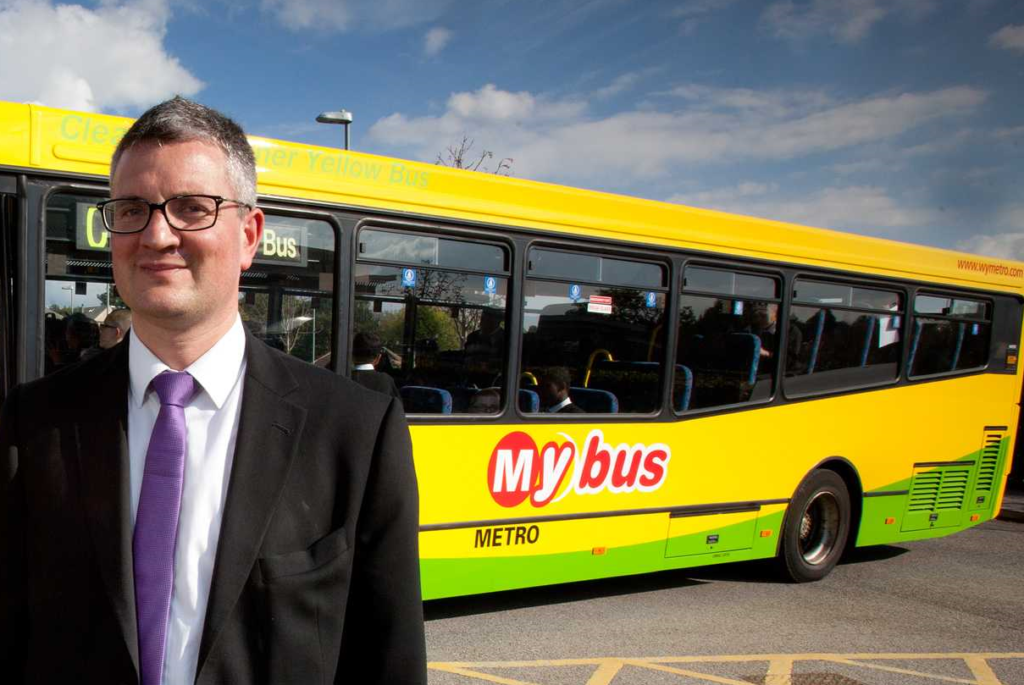 Air Quality News met Cllr James Lewis, head of resources and sustainability at Leeds City Council, to discuss the city’s Clean Air Zone (CAZ), which is due to come into force from 2020, following the recent announcement that they have secured £29m in central government funding.

The funding was £10m less than what you were asking for. How will this change the CAZ?

The funding to implement the CAZ is less than what we asked for, but that’s because it will cost us less to do it. So that reduction isn’t the biggest issue.

The area we’ve been falling out with them about is the money for business support, particularly for those who will be directly affected, so they can transfer over to a compliant vehicle.

We had a higher estimate than what Defra came up with.

The demand from UK100 (for a nationwide scrappage scheme) is much more than what the government is doing. It’s about putting in place not just charging Clean Air Zones but a full scrappage scheme for non-compliant HGVs, buses and vans. CAZs will have an impact nationally and not just in cities that are bringing them in.

Why did it take the ClientEarth court case for government and councils to do anything about air quality?

As a cleaner generation of vehicles has come forward the agenda has moved on. There’s also been a huge drive on C02 to tackle climate change and moving away from diesel. There’s a lot of work being done on air pollution in public health terms which is moving things along quite quickly.

The Road Haulage Association said Leeds’ CAZ uses a ‘sledgehammer to crack a nut’ because you are only targeting HGVs. Why are you not tackling vans and other high polluting vehicles?

We were mandated to do it by government. We needed a CAZ B, not a CAZ C, which would have included vans as well. We have a compensation scheme in place for businesses that are affected.

Could it change to a CAZ C in the future?

The case we put forward for the CAZ B was that we’d meet our legal obligations and we have no intention to change that.

Is it confusing for freight businesses that operate all over the UK, with different CAZs meaning different things?

For businesses that operate all over the country our position is there should be a scrappage scheme to replace their vehicles, but the government isn’t going to do that and they’ve asked us to do the CAZ in the form they’ve done it. We’re delivering a compliant CAZ which the government were instructed to do by the Supreme Court.

Are the public onside with you?

All the consultations we’ve done show the public massively support improving air quality in the city.

For the charging CAZ itself, we were instructed by the government and given a rigid model. Once the charging CAZ is in place, the money won’t go into the council coffers to prop up the struggling budget, it will go into other clean air initiatives.

Poor air quality is often very localised and one of the worst places is schools with cars parked outside and their engines running. Scoot To School is trying to reduce the number of cars on the roads to school each day and giving kids an alternative.

We also have a scheme with the Highways Agency for businesses that aren’t necessarily affected by the charging Clean Air Zone but will give them a chance to trial an electric vehicle and see whether a switch away from petrol and diesel is the right thing for their business. They can borrow an EV for a couple of months.

4 in 10 small businesses are unaware that CAZs are due to be implemented, how will you promote the CAZ in Leeds?

The businesses affected are ones who own HGVs or rely on them for delivery and collection. We’ve done both a non-statutory and statutory consultation and undergone a huge amount of work to make it clear that it’s coming, and worked with various trade groups as well.

Now we have the money in place, we’ll be doing another round of publicity for businesses so that they know there’s money available if they’re entitled.

Public transport in Leeds is notoriously bad. What are the council doing to improve it and take more cars off the road?

It’s a matter of record that there is a huge imbalance between how transport is funded in London and the rest of the country. We’re victims of that but there is stuff we’re doing. We have a public transport investment programme at the moment. We’ve introduced some park and rides over the past couple of years and more are planned. We’re looking at improving buses so they run more reliably and effectively in the city. New trains are coming onto the TransPennine franchise so there will be more capacity to bring people into the city. We’re nowhere near where London is though and that’s got to be what devolution sorts out for us.

The OneYorkshire devolution plan was recently rejected. What would devolution do for air quality in Leeds?

Devolution was about giving more powers and resources to improve transport infrastructure. A big part would have been trying to encourage people to drive less, so it would have helped us make a real step change on that.