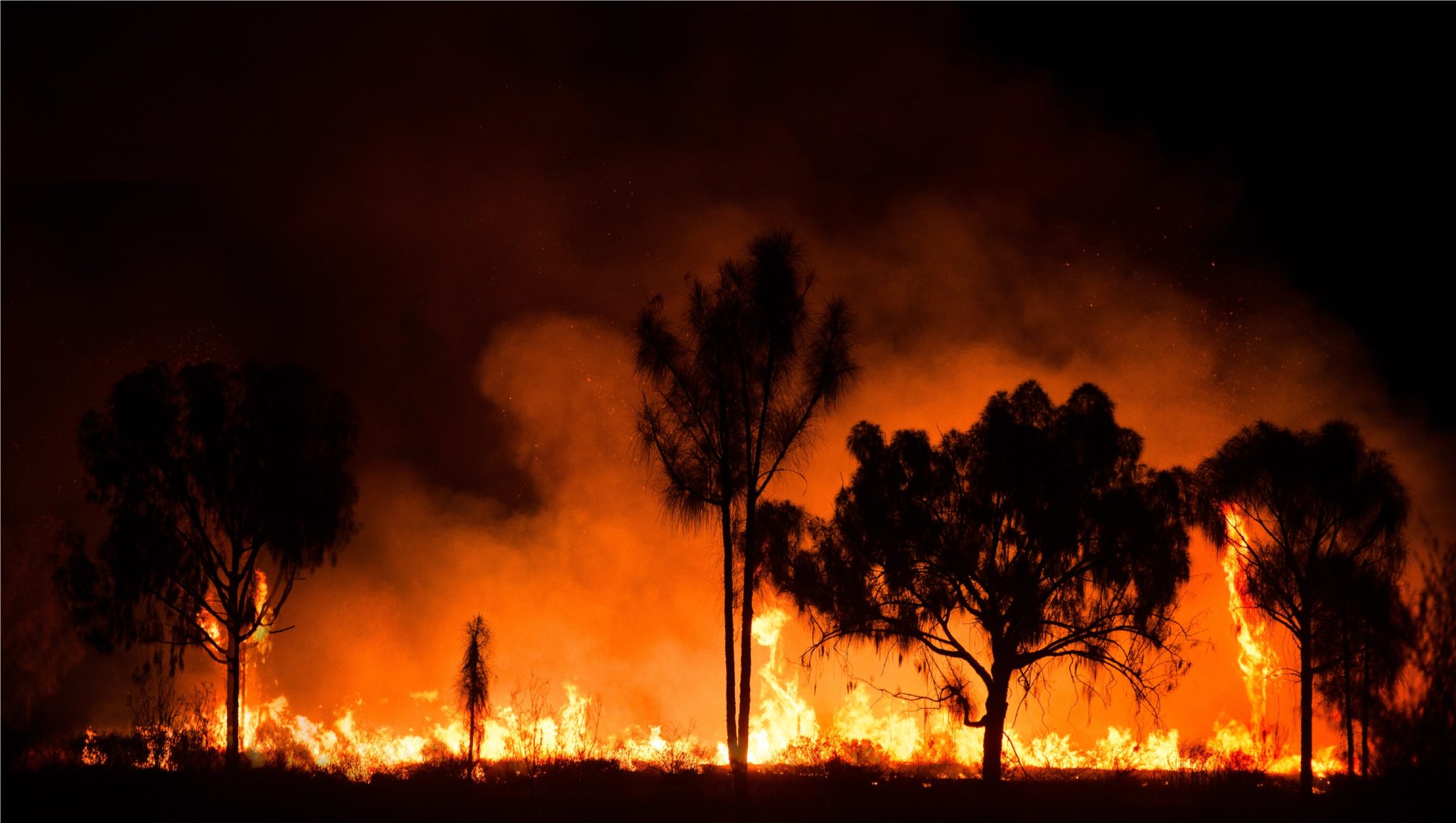 Whether it has been the recent devastating fires across Australia or ageing rocker Meatloaf casting judgement over activist Greta Thunberg, climate change has unquestionably been one of the biggest news stories over the last months.

As emergency services have worked to contain the blazes, the Australian national government has also come under heavy criticism for not doing enough to tackle climate change.

Australian climate change activist, Toby Thorpe said: ‘This is a catastrophic failure of government to respond to the monumental crisis of climate breakdown. 2020 needs to be a year of climate action, Australia and the planet can no longer afford this complacency. These fires can never be forgotten.’

And while the debate over climate change continues to make headlines, one could almost argue that air pollution has taken a back seat, despite them being closely related in many people’s eyes.

Some will argue that air pollution is a separate matter entirely and will no doubt point to the smog which used to plague London in the 1950s, long before Extinction Rebellion took to the capital’s seats. But others will argue that one has caused the other, although there seems to be some debate about which came first.

In terms of the perennial ‘chicken versus egg’ debate, Dr Philip Porter, a reader in Geoscience at the University of Hertfordshire says he believes air pollution likely came first.

‘You can argue that air pollution came first, but as with many aspects of environmental systems it’s never quite as simple as this,’ says Dr Porter.

‘Water vapour condensing around particles in the atmosphere leads to denser, more reflective clouds, which can then help reflect sunlight, acting like giant mirrors in the sky, reducing solar energy levels at the Earth’s surface, “dimming” light levels from the sun and keeping us cooler than we otherwise would have been.

There is a risk that the transition to EVs ‘merely shifts pollution flows’ to other countries and areas close to power plants.

‘This “dimming” process then has the potential to mask some of the warming from increased emissions.’

‘Particulate emissions in the West are mostly lower than they were, but global CO2 levels have been steadily growing,’ explains Dr Porter.

‘Some areas have therefore seen an acceleration of warming, which may be partly because that protective and reflective cloud cover has lessened as particulate pollution has fallen.

‘So now that air quality has improved, the warming that has been ‘masked’ by the global dimming effect is then felt in parts of the world that are now ‘brighter’ due to less particulate pollution and less extensive cloud formation’. 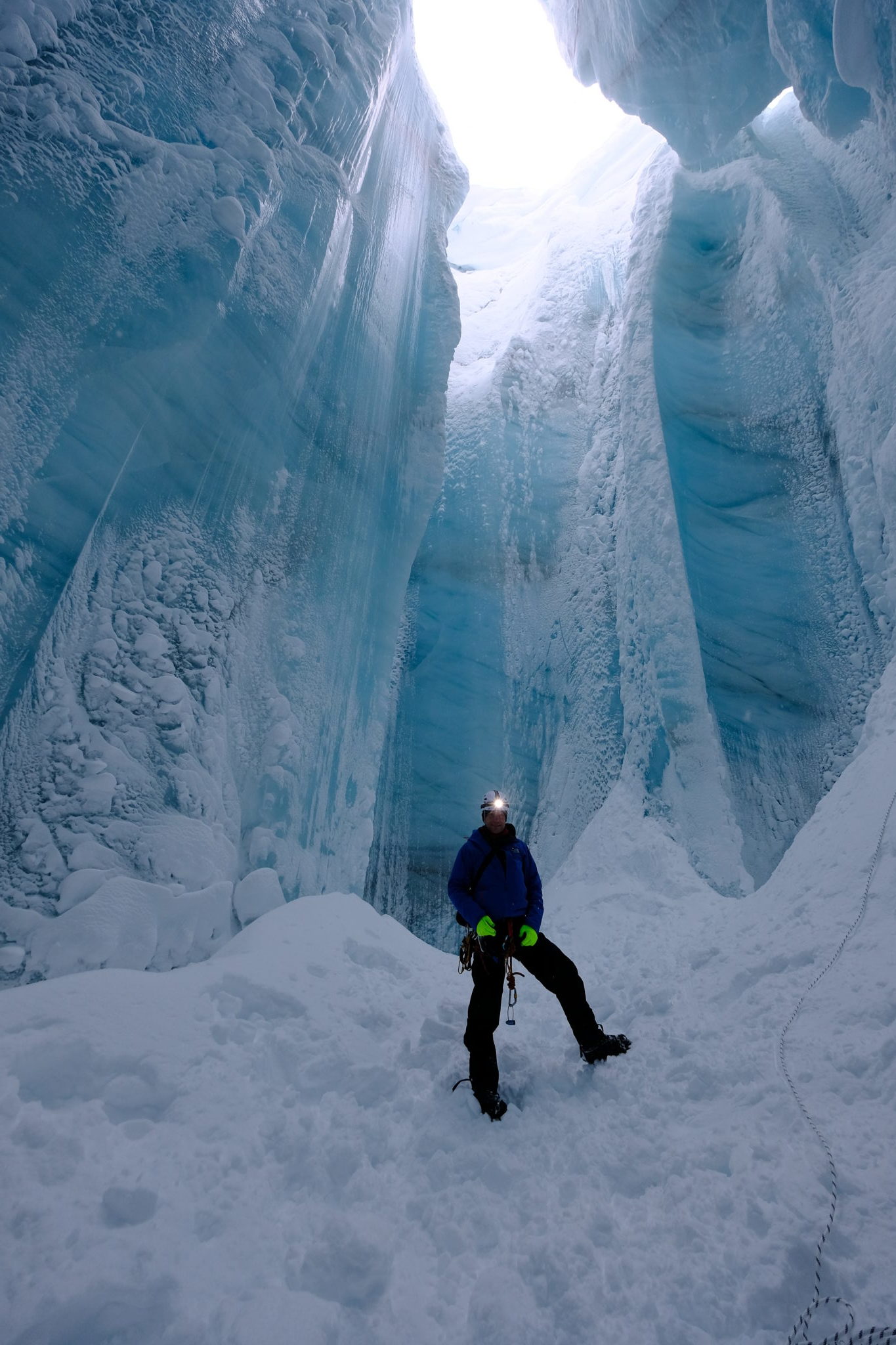 In some cases, Dr Porter says ash and soot from the combustion of fossil fuels and burning of biomass, through events such as tundra and forest fires, could accelerate the melting of snow and ice in regions such as the Himalayas.

The chairman of environmental consultancy Eunomia, Dominic Hogg, highlights that the combustion of fossil fuels which is largely responsible for climate change also lead to air pollution.

‘The question then becomes which concern trumps the other,’ he explains.

‘It’s my personal view that, in the past, people who have campaigned to address climate change have slightly undersold the co-benefits of improved air quality,’ Mr Hogg tells Air Quality News.

‘Whereas you have sceptics on climate change, I don’t think there are many air pollution sceptics. Most people understand that if you have high concentrations of air pollutants in the air we breathe, it’s not good news for your health. There’s a strong argument that you should sell the benefits of improved air quality when you are looking to address climate change.’

‘But if you look at it the other way around and say what would addressing air quality objectives mean for climate change, this is where you end up with a problem that Clean Air Zones are facing at the moment.’

Mr Hogg says part of the problem lies with a short-term approach in official circles that nitrogen oxide (NOX) emissions from diesel vehicles must be cut as quickly as possible, while petrol vehicles remain unaffected.

‘If we are to stay on a 1.5-degree trajectory, it’s pretty clear we will have to phase out both petrol and diesel vehicles.’ explains Mr Hogg.

‘There is a lot of talk in the clean air debate about banning diesel in city centres, but you will have to ensure the demise of them both at some stage, either through bans, or developing incentives for people not to use them.

‘Instead of just taking a short-term view that we have to stay within legal obligation, we should also be looking at whatever strategy we put in place, for the medium or longterm, that we have to be driving CO2 emissions right down consistent with keeping warming within a 1.5-degree envelope.

‘If we do this, we will massively improve air quality, and be well within legal requirements on air pollution’.

Mr Hogg singles out the Clean Air Zones in Bristol as being a good example of how the links between climate and air quality are not being drawn.

‘Bristol has a target to be carbon neutral by 2030,’ he adds. ‘The mayor of Bristol has said he will ban diesels from the city centre. So, people will switch from diesel to petrol.

He will meet his NOX target, but relative to the business as usual target, it will do nothing for CO2 emissions.

‘He’s missing a massive opportunity. He needs to integrate his thinking about climate change into his thinking about air quality, because people will then buy start to buy petrol vehicles because they can drive them into the city centre.

‘If he is serious about his climate change target, he will go back to them in three years and say “we need to ban petrol cars as well”. You have to set out now how you want the world to look like in 10 or 15 years, not just try and meet the short-term air quality target as quickly as possible.

‘Otherwise, you will incur significant additional economic costs for no useful purpose.’ 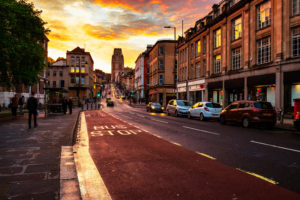 While many people point to the rise of electric vehicles (EVs) as key to tackling both climate change and air pollution, some are unconvinced they will be the silver bullet to solve either crisis

The University of Sussex’s Professor of Energy Policy, Benjamin Sovacool, says there is a risk that the transition to EVs ‘merely shifts pollution flows’ to other countries and areas close to power plants.

‘EVs, in particular, can lead to externalities such as greenhouse gas emissions from electricity use, toxic pollution from battery manufacturing and disposal, and water consumption,’ says Prof Sovacool.

‘The move to EVs also raises concerns about toxicity and recycling,’ he adds. ‘Electric drivetrains, motors, and batteries need lithium, nickel, copper, and aluminium, as well as critical materials, somewhat harder to find, such as cobalt and indium.

Whether it’s a lithium mine in the desert of Bolivia or an oil well in Riyadh, you have to destroy many things to get either one,’ he adds.

‘And a shift from internal combustion engines to electric power for mobility is likely to increase consumption of electricity, and thus contribute to water scarcity.’

The director of the Energy & Climate Unit (ECIU), Dr Jonathan Marshall believes that while EVs will still create air pollution from ‘brake dust and kicking debris off the road’, it will be ‘nothing’ compared to the tailpipe of a diesel vehicle.

‘As the economy starts to move towards full decarbonisation, we should see a concurrent reduction in air polexplalution,’ Dr Marshall tells Air Quality News. ‘The main thing is to start making progress, especially in sectors where nothing has been done yet,’ he adds.

‘The government has no idea how to deal with the task of heating our homes. At the moment, we are still putting gas boilers in homes, which are a bad source of indoor air pollution. There needs to be a move towards more electrified sources of energy and away from fossil fuels.’

‘If we are to stay on a 1.5-degree trajectory, it’s pretty clear we will have to phase out both petrol and diesel vehicles.’

While the executive director of the Aldersgate Group, Nick Molho, argues that a low-carbon transport system should go ‘hand in hand’ with delivering better air quality.

‘We think the government should put in place an integrated transport strategy,’ he says. ‘At the moment, we have a roads strategy and someone else is working on a rail strategy.

‘Sajid Javid has now announced he is developing a bus strategy. That’s all great, but if those strategies don’t talk to each other, you end up making different infrastructure choices in a silo.

‘There is also nowhere near enough focus in planning requirements to develop new homes or office blocks in areas that are well-connected and served by public transport and active travel systems, like cycling paths,’ argues Mr Molho.

‘These things tend to be bolted on afterwards. They need to be conceived together from the beginning. We also need a national network of clean air zones, but we need them to be ambitious and coordinated, rather than everybody doing something different.

‘It needs to be made clear to everyone what the standard rules are, and they should not be based around the lowest common denominator. The rules should be gathered around the highest denominator to make sure there is consistency.’

Climate change will likely continue to dominate the headlines for much of 2020, culminating in the United Nations COP 26 conference, which will take place in Glasgow in November. Let’s hope the UK seizes this opportunity and makes history on both climate change and air quality for all the right reasons.

This article appears in Issue 2 of the Air Quality News magazine – which you can read here.