A city-wide Air Quality Management Area (AQMA) is set to be declared in Plymouth after the council identified elevated levels of nitrogen dioxide in three new locations across the city.

At present, two AQMAs are in place at air pollution hotspots in Plymouth; in Exeter Street and Mutley Plain. The AQMAs were declared due to excess levels of nitrogen dioxide caused by traffic. 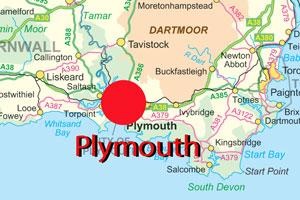 Now, three additional areas of concern have been identified at Royal Parade, the junction of Molesworth Road and Devonport Road in Stoke and the Tavistock Road and Crownhill Road junction.

And, at a meeting next Tuesday (August 12), the council’s cabinet members are expected to approve plans for the city-wide AQMA, which would encompass all five locations.

According to the council, a single AQMA will allow it to manage the areas with one encompassing action plan which will prevent individual traffic improvements schemes having knock-on effects in other areas. It will also mean that the council will only have to report to Defra on one AQMA instead of five.

A single AQMA covering an entire city is not unusual. Exeter city council declared an AQMA in 2007 covering most of the main traffic routes in the city.

Councillor Brian Vincent, Plymouth city council’s cabinet member for the environment, said: “This is a much more practical approach and will allow us to look at the city as a whole, rather than inadvertently shifting a problem elsewhere.

“As Britain’s Ocean City we enjoy a much cleaner air than other big cities – but there are hotspots where chemicals build.

“Many of us contribute to this by driving, but there are measures we can take as a city to reduce the levels of NO2, which can cause health conditions such as respiratory difficulties, asthma and heart disease. We need to tackle this as a city.”

The Air Quality Action Plan will be part of the council’s Local Transport Plan which aims to keep traffic moving and improve congestion. A key aspect of both is to reduce the reliance on cars and encourage more people to use buses or bikes, in a bid to reduce emissions.

Plymouth monitors air pollutants, most of which are well below the air quality objectives. An AQMA for benzene was declared in 2004 on Exeter Street but measures introduced led to this being lifted.

However, traffic related pollutants such as NO2 are exceeding objectives, similar to many other cities across the UK. Over 250 cities have declared AQMAs, the vast majority are for NO2.

At present Plymouth has 69 monitoring sites for nitrogen dioxide.

Under the Environment Act 1995, local authorities have a legal duty to declare an AQMA in areas where air quality standards are not met and must produce an action plan on how to rectify this.