The air quality action plan, and low-emission strategy, will focus on ‘key priority areas’ in urban centres and near major roads that fail to meet UK and EU air pollution standards GMCA has noted. 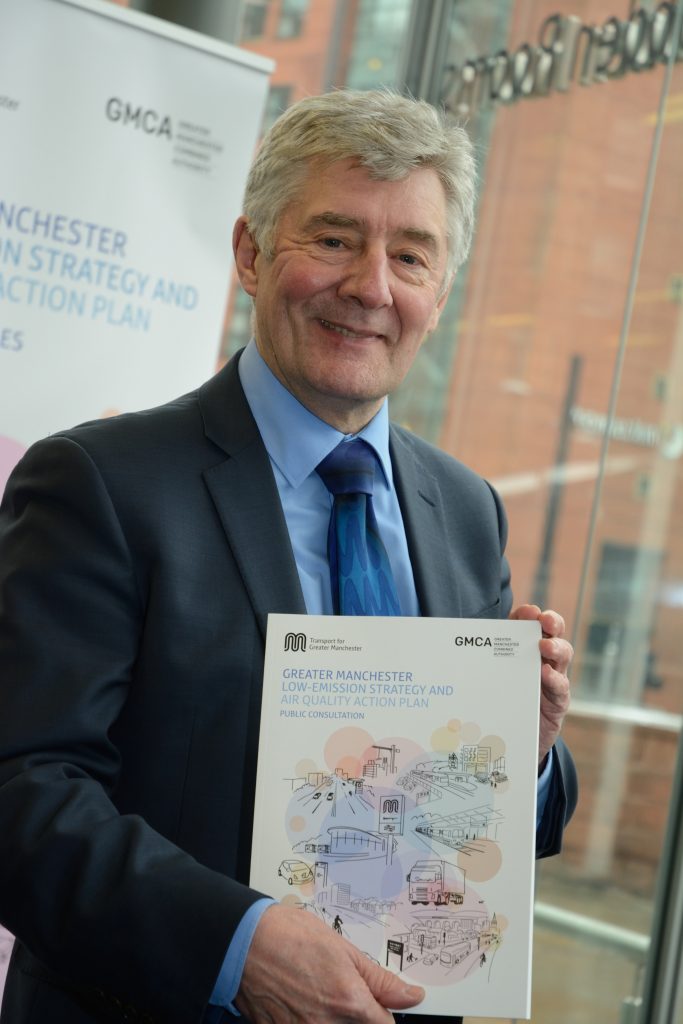 These proposals titled Greater Manchester low-emission strategy and air quality action plan were also ratified by the Transport for Greater Manchester Committee (TGMC). A more detailed version of the plans will be finalised and published later this year, a spokesman for the GMCA confirmed.

According to TGMC, the pollutants causing “most concern” are nitrogen dioxide (NO2) and particulate matter – overwhelmingly caused by road transport – with the city not expected to meet EU limits until 2020 under current plans (See airqualitynews.com story).

This follows on from an eight-week public consultation carried out on behalf of GMCA by the transport committee about the proposals.

The TGMC revealed it received 180 responses with 75% from residents and 25% from public and private sector organisations.

According to the Transport for Greater Manchester Committee 99% of respondents agreed air quality and carbon emissions are important areas of concern.

Tony Lloyd, interim mayor of Greater Manchester, said: “Air pollution and carbon emissions not only cause significant harm to the environment but can also cause respiratory illness, cardiovascular disease and some cancers.

“It is imperative that we act now. Our new measures and policies will help to clean up our environment and improve life for people in Greater Manchester.”

Dr Jon Lamonte, chief executive of TfGM, said: “We have to do more to tackle air pollution in Greater Manchester – not just to meet UK and EU air quality thresholds as soon as possible, but because of the significant damage it does to the health of our people.

“Ultimately, we need to make low-emission behaviours an important part of our culture and lifestyles. That will require the commitment of a range of organisations as we continue to grow as one of the UK’s foremost city regions.”