Finalists have been announced for this year’s National Air Quality Awards ceremony with organisations involved in transport and partnerships among those on the shortlist.

Winners of the Awards will be announced at the ceremony which follows the AirQualityNews air quality conference, taking place in London on Thursday, November 10. More information about the conference programme and awards event is available Here.

The conference, at the Queen Elizabeth II Conference Centre in Westminster, will see presentations from sector experts and officials including one on Urban Environmental Health from Sani Dimitroulopoulou, Senior Environmental Scientist, Public Health England. Dr James Cooper of the Joint Air Quality Unit at Defra will provide an update on the Clean Air Zone Framework.

Presentations will also cover the local authority sector, Heathrow and other topics.

Within the local authority and public sector category, the Awards shortlist includes an education scheme for young people in Scotland as well as a London partnership to tackle pollution in one of the UK’s most polluted areas. The Awards partner is Mercedes Benz with FUSO. 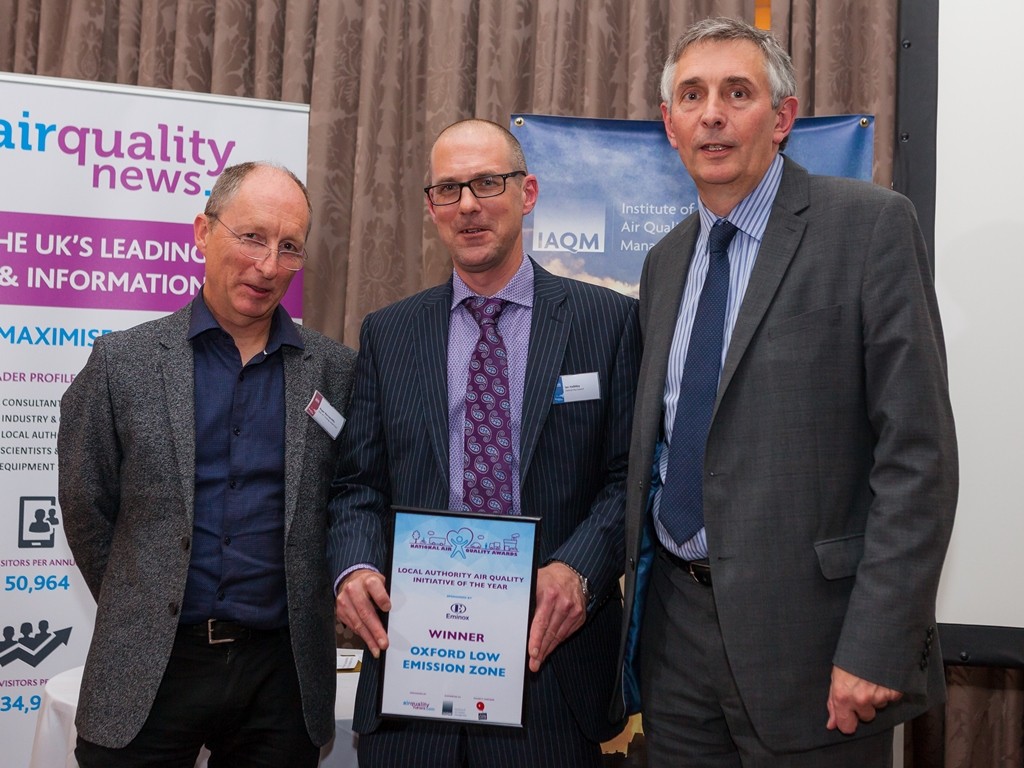 Other categories include a set of individuals who have all acted in a variety of ways to improve air quality or bring attention to the need to act. And, technological developments also feature from fuel treatments to refrigeration emission work and emissions data provision.

The full list of finalists in the four categories are shown below.

The Awards are now in their second year. Last year’s event was held in Bristol. For a full report on the 2015 winners, see: 2015 Awards. Details of this year’s event are available Here.