The leader of Leeds city council has called for government action to ensure that taxi drivers are not able to sidestep measures put in place by local authorities to address air pollution.

Councillor Judith Blake, the Labour representative of the city’s Middleton Park ward was speaking at a meeting of the council’s executive this week – at which elected members discussed the council’s proposals to establish a clean air zone in the city. Leeds’ proposals include the introduction of a category B clean air zone in the city centre, alongside stricter requirements for the registration of taxis in the city

The authority was one of five named within the government’s 2015 air quality plan as requiring to establish a clean air zone by 2020 to help bring the UK into compliance with the Air Quality Directive target on nitrogen dioxide emissions.

Leeds is the first of the five – which also includes Birmingham, Derby, Nottingham and Southampton – to outline how it proposes to comply with the order.

The proposals set out for consultation by the city council include establishing a ‘category B’ clean air zone, starting at the outer ring road which circles the centre of the city, within which HGVs, buses and coaches which do not meet the Euro VI emissions standard must pay a charge to operate.

Other proposals to be consulted on include raising the standard of taxi and private hire vehicles registered in the city to at least ultra-low emission standard, either petrol hybrid or electric, with funding to be sought to assist local drivers with meeting the cost of replacing current vehicles.

During the meeting, Leeds city council’s director of resources and housing, Neil Evans, sought to allay some of the concerns raised by elected members that the proposals would create excessive costs for local businesses, particularly those required to switch to lower emission vehicles. 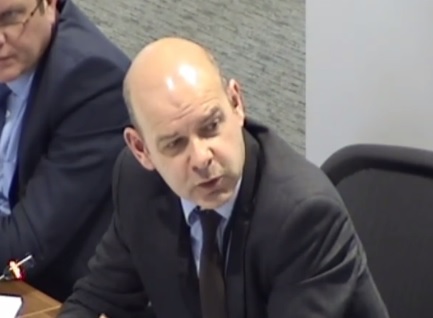 He said that the private hire and public transport sectors are central to the proposals, but that the council would seek to work with businesses to ensure that they are supported in moving towards cleaner vehicles.

Mr Evans told the meeting: “In terms of meeting the 2020 deadline, we have been mindful of the practicality. In terms of mass conversion of all diesel cars to cleaner would be difficult practically for people to achieve, whereas buses and HGVs are going to go Euro VI and that’s a model that is available and there are retrofit options.

“With taxis and private hire, you are dealing with a much smaller, significant, but much smaller group where hybrid is already making an impact in that market, and there is a second hand market for it.

“The point is to try not to be punitive but to come up with something practical which people can do. Much of the consultation will be about talking to the affected sectors about what sort of packages will work to enable them to move over to cleaner vehicles.”

However, Mr Evans said that the council would be seeking to work with government to address ‘loopholes’ in private hire vehicle registration, which he claimed make it ‘difficult to detect’ taxis registered outside of Leeds coming in to operate in the city.

A number of city authorities have backed calls for a national database to register taxis and private hire vehicles to assist in the enforcement of licensing requirements as part of efforts to tackle air quality (see airqualitynews.com story).

Leeds is one of a number of authorities seeking to target emissions from taxi and private hire fleets by toughening requirements for taxi drivers to introduce low emission vehicles into their vehicle fleets.

However, as drivers can opt to register vehicles with other licencing authorities – it can be difficult for authorities to ensure that all vehicles operating within their catchment area are working to the same standard.

This point was later picked up by Councillor Blake, who told the meeting: “We need the national input into taxi regulation, and we have needed that for some time for other matters that we have discussed.”