Aberdeen city council has expanded its fleet of hydrogen-powered vehicles, one of the largest in Europe, having taken delivery of a hydrogen dual fuel street sweeper for use in the city. 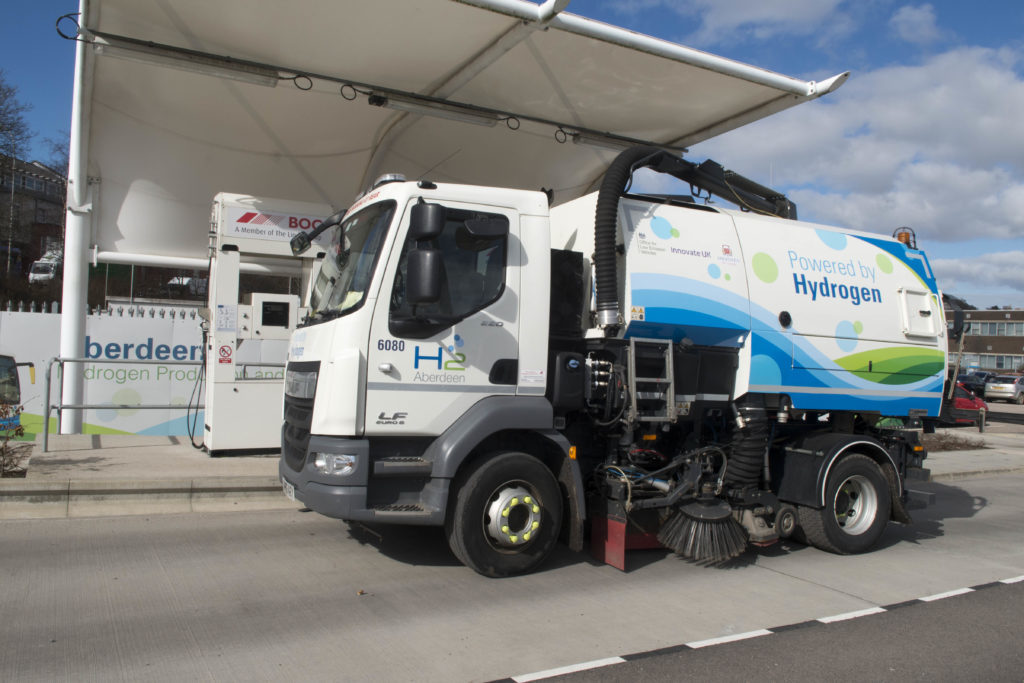 The city council will refuel the sweepers at the Aberdeen City Hydrogen Energy Storage station, which has the capacity to produce up to 130kg of hydrogen per day. The £2.6 million facility, funded by Aberdeen city council, ERDF, Transport Scotland and Nestrans, is operated by Hydrogenics and opened in March 2017.

The sweeper joins a growing fleet of hydrogen vehicles operating in the city, which includes 10 buses, 14 cars (including one taxi) and four vans.

Commenting on the new vehicle, Councillor Philip Bell, Aberdeen city council’s Hydrogen Spokesperson, said: “The delivery of this vehicle is part of our Hydrogen Strategy to increase the deployment of hydrogen vehicles in Aberdeen City, and keeps us at the forefront of globally demonstrating the practicality and operational flexibility of hydrogen technologies, leading to future decarbonisation.”

The work was delivered as part of project HyTIME, within the Low Emission Freight and Logistics Trial, funded by the Office for Low Emission Vehicles (OLEV) in partnership with Innovate UK.

Amanda Lyne, chief executive of ULEMCo, said: “This latest initiative further demonstrates the potential for hydrogen dual fuel to make a significant impact on reducing diesel emissions from commercial vehicles. We have demonstrated how ULEMCo technology can be applied to many different vehicles, with practical and measurable benefits.”