AirQualityNews.com brings you a round-up of some of the latest low carbon and low emission vehicle technologies to feature at the 10th annual Cenex Low Carbon Vehicle event at the Millbrook Proving Ground, Bedfordshire, this week.

Ford’s plug-in hybrid electric (PHEV) Transit Custom van, which will be deployed in the capital within the coming weeks as part of a commercial trial, made its debut at the Cenex LCV show. 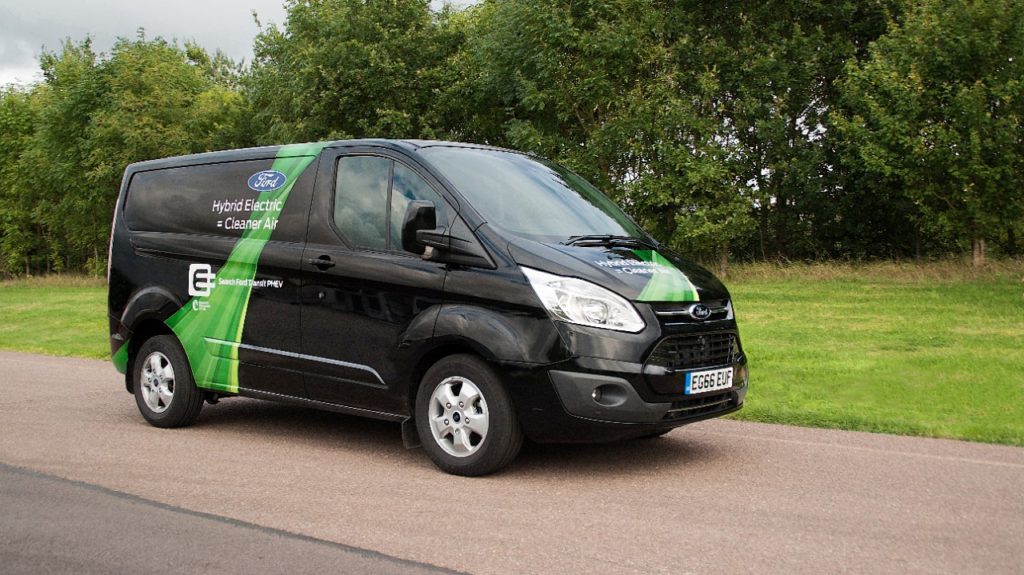 The London fleet trial project is supported by Transport for London, and involves a number of city-based businesses and public organisations that will integrate the vans into their operations.

To help understand how the benefits of electrified vehicles could be maximised, the 20 PHEV Transits will use an advanced telematics system to collect real-time data on performance.

In addition, the vehicles will trial geofencing technology, which is capable of automatically modifying vehicle settings based on each van’s current location.

Clients and media were given an advanced preview of the vehicle, including a chance to see the PHEV on the Millbrook test track.

Mark Harvey, director of urban electrified van programme, Ford of Europe, said: “For more than 50 years businesses have relied on Ford Transits to get the job done, and we are determined to maintain that tradition as we move into the electric age. Seeing the PHEV Transits on the road is an exciting milestone, and we look forward to teaming up with our London partners and customers to explore how these vans can reduce emissions and operator costs in the city.”

According to the companies, the battery is suitable for a variety of electric and hybrid vehicle applications and can be delivered in a range of capacities from 67kWh through to 400kWh. Prototype batteries will be available in early-2018, with the potential for volume supply in 2019.

The battery was first developed as part of a collaborative project with Dennis Eagle, leading manufacturer of specialist vehicles in the UK, for the Urban Vehicle Range (UVR) programme. The UVR project is developing a range of low emission and fuel efficient vehicles for waste collection applications. The project will deliver three prototype variants: a lightweight IC engine vehicle, a Compressed Natural Gas (CNG) vehicle and a plugin hybrid vehicle.

ULEMCo offered an advance showing of the hydrogen diesel dual-fuel conversion ahead of its use on commercial routes later this month. 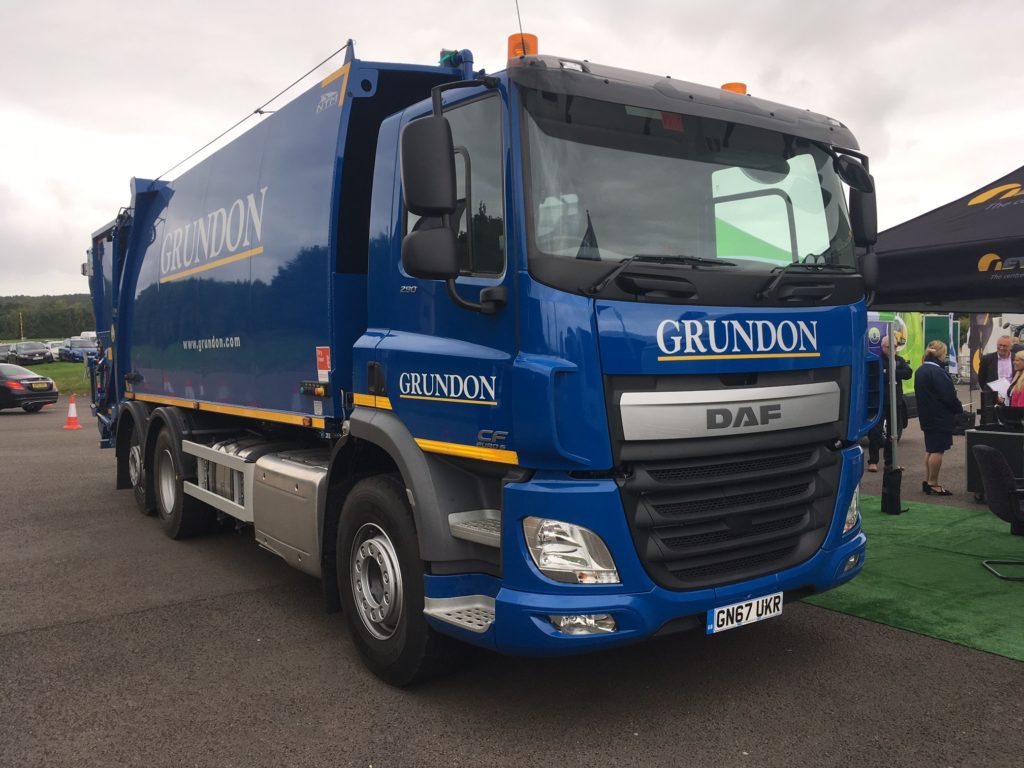 The company has previously retro-fitted a number of lorries and vans in the public sector, but this is the first private sector contract, ULEMCo revealed. The project also represents the first such conversion of a DAF vehicle.

The project featured a new modular approach to conversion by ULEMCo, deploying a 10kg hydrogen unit on the side of the lorry, which it is claimed could reduce the costs of converting other vehicle types.

Commenting on the innovation, ULEMCo chief executive Amanda Lyne, said: “This DAF conversion represents several ‘firsts’ for hydrogen fuel, and moves ULEMCo onto the next stage of being able to convert large numbers of different vehicle types cost effectively.”

Grundon’s Group Logistics Manager, John Stephens, said: “We are highly impressed by the potential of hydrogen dual-fuel to reduce our carbon footprint as well as reducing costs in the future. The synergy of combining the use of hydrogen-fuelled vehicles with the potential production of hydrogen from waste treatment processes makes it especially compelling.” 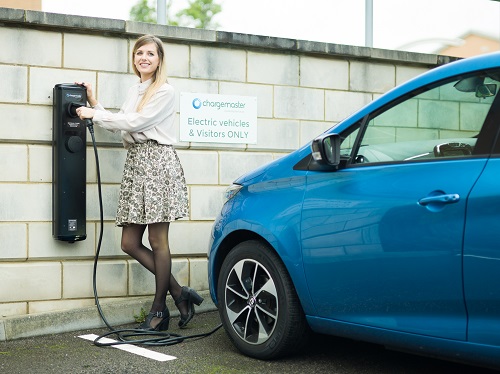 The new Powercharge unit can provide businesses with a simple solution for open access workplace charging, without the need for keys or RFID cards, Chargemaster has said.

Powercharge, available from just £795 + VAT, can be wall-mounted or floor-standing, in both cases providing two standard Type 2 charging sockets, which are compatible with every electric car and van on the market today.

David Martell, Chief Executive of Chargemaster said, “As the electric vehicle market in the UK continues to grow significantly, we are seeing an increasing number of enlightened businesses realising the need to provide charging points at their workplaces for fleet, staff and visitor vehicles. Powercharge provides a simple, robust and cost-effective charging solution for any business car park.”

The Powercharge unit is available in 7kW (30A) specification as standard, with 3.6kW (16A) available as an option, using a single-phase 230-volt AC electricity supply in either case. As with all Chargemaster charging points, Powercharge is manufactured in the UK.