A Labour Party parliamentary candidate has hit out at the upcoming ULEZ, calling it ‘unfair’ to small businesses in Chingford and Woodford Green because they will not be fairly remunerated as they transition to low-emission vehicles.

Dr Faiza Shaheen, who is an academic specialising in class, austerity and social mobility, has been selected by the Labour Party to challenge Ian Duncan Smith at the next General Election.

‘We need to talk about the working class,’ said Dr Shaheen in a video that was filmed at a Labour Party event on February 13.

‘If they work in an industry that is deemed dirty, how are we going to help them on a journey into an industry with a clean job? What does that look like? They are going to be scared,’ she added.

‘A lot of sole traders who live in the area. They go out in their van, they’re plumbers, they’re carpenters, and they will be hit by this extra tax. Whilst we want to do something about air quality, we’ve got the politics wrong.

‘[People say to me] “This is going to hit us most. How am I going to run my business? This is actually unfair,” and I don’t have an answer to them.

‘This is unfair. We didn’t communicate this plan well. We didn’t say to them, there is a scrappage scheme that’s in place. We didn’t think about the distributional impacts of people at the poorer end who will have to switch their car. People will be charged £12.50 and that’s a lot of money.’ 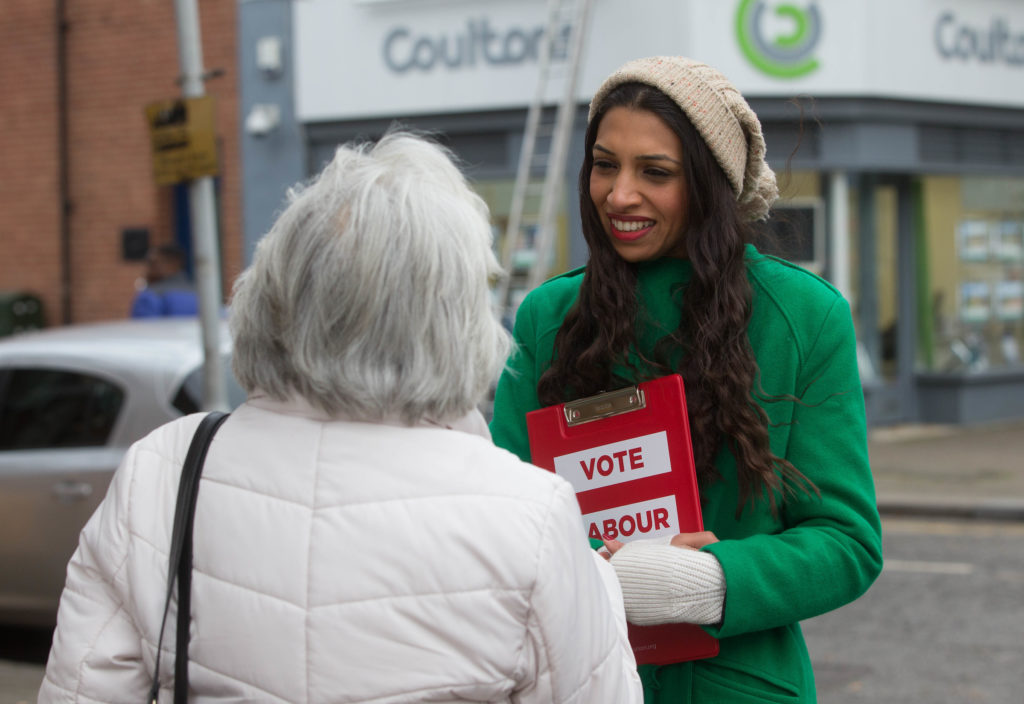 Speaking to AirQualityNews, Dr Shaheen clarified her comments. She said: ‘My point was not that we shouldn’t have measures to address pollution, but that we need to compensate those on lower incomes/ small business owners through a generous scrappage scheme. This is about government taking action, indeed Sadiq Khan is demanding more financial assistance on this too.’

The fund was announced in December to help micro-businesses (defined as businesses with fewer than 10 employees) scrap vans that do not comply with ULEZ standards, but which are driven into the ULEZ central London zone regularly.

In total, the Mayor will provide £48m worth of scrappage to help those who face ‘serious financial pressure’ in upgrading to greener options.

Khan had previously said that Londoners pay ‘hundreds of millions of pounds’ in Vehicle Exercise Duty (VED) every year which support these funds but only a negligible amount is then spent in London each year, and he has called on the government to better financially support Londoner’s efforts to transition to low-emission vehicles.

Dr Shaheen’s future opponent in Chingford and Woodford Green, Iain Duncan Smith, has been a critic of the ULEZ and in June called for exemptions to be considered for people in his constituency travelling back and forth to Whipps Cross Hospital, which falls inside the zone.

Last month a report claimed that ULEZ and other air quality measures introduced by Sadiq Khan will particularly benefit Londoners living in the most deprived areas of the capital.

The report, commissioned by City Hall and carried out by air quality and climate change emissions consultants Aether, said that Khan’s measures, including the introduction of an Ultra Low Emissions Zone (ULEZ) this April, will improve air quality and reduce inequality associated with it between the city’s boroughs.