UN Environment launched its sixth Global Environment Outlook (GEO-6) this morning (March 13), which paints a bleak picture of a deteriorating environment with a rapidly closing window for action.

The 700-page document, which has been called the most comprehensive report on the global environment since 2012, includes several calls to arms on air pollution.

The report says past and present greenhouse gas emissions have committed the world to an extended period of climate change with ‘multiple and increasing environmental and society-wide risks.’

UN Environment has called for ‘transformative change’ and ‘systemic and integrated policy action’ as the effects of climate change are often felt by the poorest in society, including indigenous and local communities in developing countries.

It says unsustainable production and consumption trends, as well as population growth-driven increase in resources, are deteriorating planetary health at ‘unprecedented rates,’ and says urgent cross-sectoral policy actions are needed to address the challenges of sustainable development. 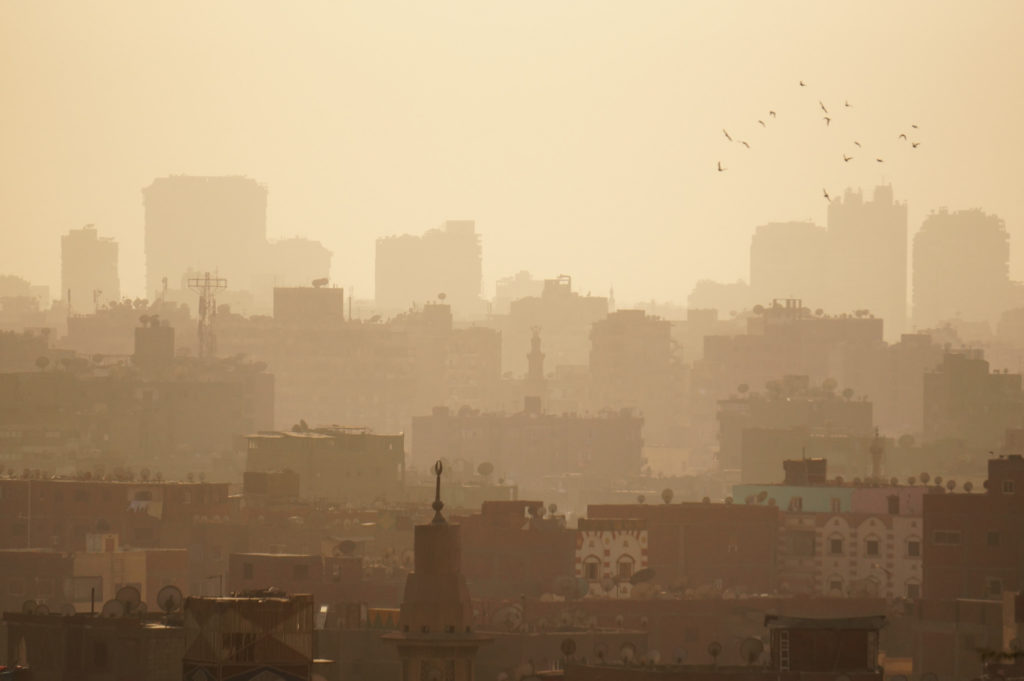 The summary of the report was adopted by 95 countries in January and says governments across the globe can successfully implement air quality measures without damaging their economies.

The report concludes by saying: ‘Most important is the need to take bold, urgent, sustained, inclusive and transformative action that integrates environmental, economic and social activity to put society on pathways to achieve the Sustainable Development Goals, multilateral environmental agreements, internationally agreed environmental goals and other science-based targets.’

Simon Birkett, the founder of Clean Air in London, is at the launch today in Nairobi, Kenya, and he called the UN’s evaluation of worldwide air pollution ‘scary’.

He said: ‘In my view, having been involved in GEO6 for four years, one of the most important innovations and achievements of GEO6 is to demystify ‘climate change’ which has conflated or oversimplified a number of issues into two words for too long.  It’s no wonder that people have been confused.

‘GEO6 does this simply by: treating ‘air’ as one theme that combines local air pollution and greenhouse gases; identifying current and ongoing greenhouse gas emissions as one of five drivers of environmental mega trends; and looking at the impacts of changes in the climate on the environment, economy and society.  The results are scary.

‘The most important lesson from GEO6 is the need for urgent, transformative and inclusive action by every country across every aspect of human endeavour to improve our air, land, freshwater, oceans and biodiversity and achieve science-based targets. Let’s hope we get it this week at UNEA4.’