ClientEarth has warned councils across England and Wales that they risk legal action if they fail to meet the government’s air quality deadlines.

The environmental law organisation – which has already defeated the UK government three times in legal cases over illegal air pollution levels – has written to 38 local authorities warning them of their duties as they have not yet sent the government their air quality plans.

The charity has criticised the government for passing on responsibilities to authorities not equipped to handle them and has not ruled out further legal action to tackle toxic air across the UK’s cities.

ClientEarth lawyer Katie Nield, said: ‘We are extremely concerned, given the urgency of the situation, at the glacial progress of action from local authorities.

‘Judging by what they are telling residents, many have missed government deadlines to submit plans and some have consulted on potentially legally compliant action before scaling back proposals and delaying decisions.’ 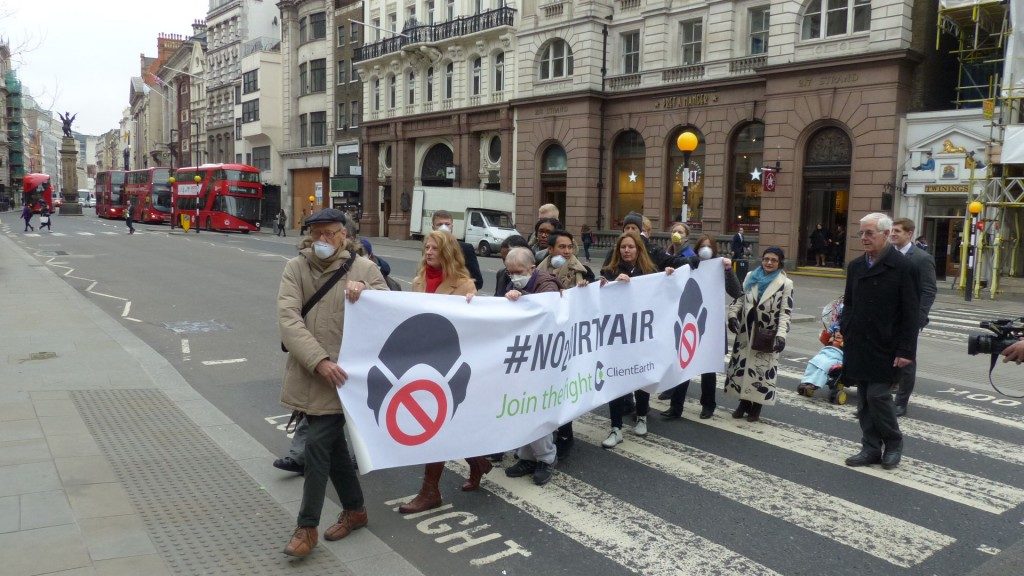 Derby is just one of the councils that ClientEarth wrote to as it initially failed to publish its final proposals six months after the original response deadline set by ministers.

When Derby initially failed to respond last September, the government chose to extend the deadline. The council has since submitted its full business case.

Other councils that have yet to publish their detailed proposals for tackling poor air quality in their regions include Bristol and Manchester, even though the government set a deadline for them of 31 December last year.

Last month the Greater Manchester Combined Authority presented its outline business case for the city region’s Clean Air Plan, although it may not submit its final proposals to government until the end of this year.

ClientEarth has slammed ministers for letting deadlines pass unpunished, calling the situation a ‘moral failure’ from politicians at all levels.

Nield said: ‘Every week that goes by without action is another week where people are breathing in harmful air pollution which damages their health. This is particularly true of vulnerable groups like children.

‘Aside from the legal situation, this is a moral failure from politicians at all levels. Ultimately, it is the responsibility of the central government to sort this out but local authorities should not be using government inaction as an excuse not to do all they can to protect people from breathing dirty air.’

ClientEarth has informed the councils of their responsibilities and warned that they will be open to legal challenge if their final proposals do not meet legal requirements.