There have been several studies in recent days linking exposure to air pollution with coronavirus mortality. However, these have not yet been peer-reviewed which throws their hasty conclusions into doubt, write academics Paul Villeneuve and Mark Goldberg. 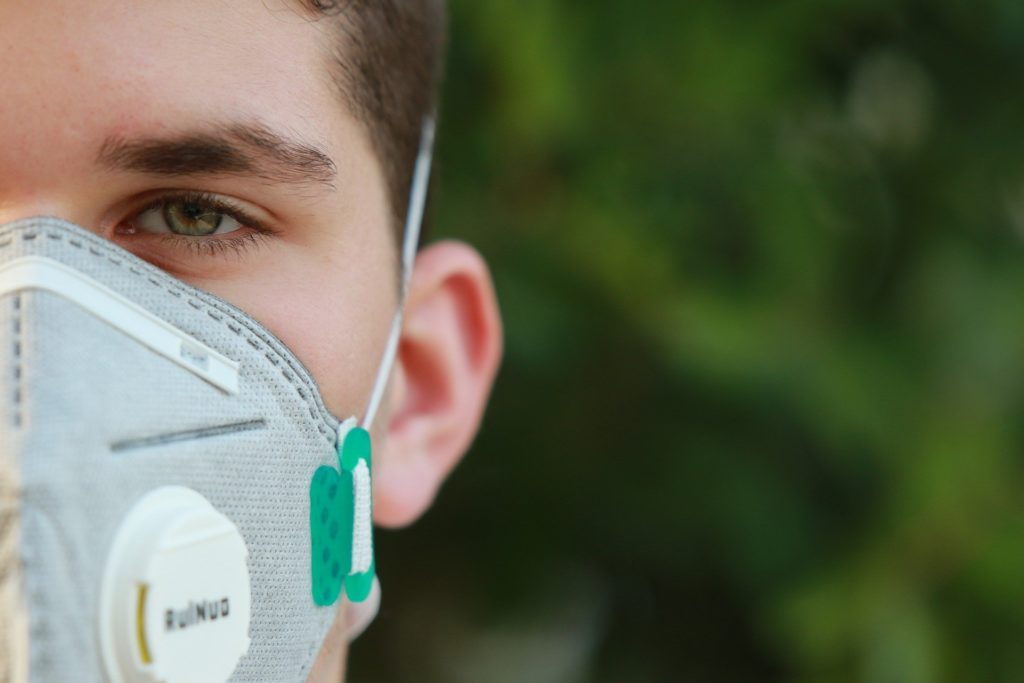 As countries around the world have struggled to contain COVID-19, scientists have wondered whether air pollution could increase death rates among those with the disease.

Fine particulate air pollution — from traffic emissions, industrial pollution and forest fires — is the most commonly studied pollutant. These particles are very small — roughly three per cent as wide as a human hair. They are carcinogens, and exposure increases the risk of developing and dying from cardiovascular and respiratory disease.

Patients with COVID who have these diseases are more likely to die than patients who don’t. So, it is possible that fine particulates may increase the risk of death among those with COVID-19.

On April 4, the New York Times reported that scientists at Harvard University had uncovered a link between fine particulate air pollution and an increased death rate from COVID-19. They found that people living in an area with only a slight increase (one microgram per cubic metre) in exposure to fine particulate pollution, also called PM 2.5, were 15 per cent more likely to die.

As epidemiologists who have studied air pollution for more than two decades, we found these impacts staggering. The association is 15-20 times stronger than past findings for all deaths due to PM 2.5.

The researchers came to their conclusions by modelling mortality rates in 3,080 counties in the United States and comparing them against the average concentration of fine particulate matter from a 17-year period in each county. Epidemiologists call this an “ecological study.”

These studies do not use data at an individual level. They are not highly regarded in epidemiology because they have many limitations that prevent them from providing insight on cause-and-effect relationships. This study is no different. We feel it important to recognize the key limitations of this work which we describe below.

Timing on the epidemic curve

COVID-19 is a rapidly evolving disease that has impacted different regions at different times. The counties in this study were at different points on the epidemic curve. Those at early stages of the epidemic would have had spikes in deaths that more likely reflected where the county lay on the curve, rather than being due to air pollution.

States and counties have not adopted the same policies on physical distancing. For example, in Georgia, areas that did not adopt physical distancing practices were reported to experience much higher death rates compared to other parts in the state. California adopted stay-in-place orders earlier than other regions.

Areas that adopted these practices have had better success in flattening the curve. Studies would need to account for differences in both air pollution concentrations and social distancing practices to understand how each had impacted mortality. This study did not.

A county’s ability to correctly determine the cause of death depends on its available resources. There are large differences in the ability of a county to deliver health care and this is related to pollution levels. Counties that are overwhelmed with treating COVID-19 patients may have greater numbers who die at home, and their deaths may be incorrectly classified. Accounting for these coding issues is complicated and this limitation may bias the findings.

Disadvantaged people, such as those with no health insurance and poorly managed health conditions, are more susceptible to contract COVID-19 and die from it. In a recent commentary published in the Journal of the American Medical Association, Dr. Clyde Yancy points to the myriad social and economic reasons behind the higher rates of infection and increased risk of death from COVID-19 among Black and African American people.

Counties, especially large ones, can be quite heterogeneous on all of these factors, including areas of deprivation and affluence. An analysis based on county-level data cannot measure this and can lead to bias. Because COVID-19 is also a new disease, treatments continue to evolve and may differ by region.

It is almost impossible to try to adjust for the influence of all these factors, as this study tried to do, because the interactions between these variable are so complex. Accounting for these factors could only be done in studies using information from individual-level information.

In the study, each county was associated with one value of air pollution. But a county can be so different from another in terms of size and population, it makes little sense to do so.

For example, Cook County is effectively Chicago, the second-most populous county in the United States with a population of more than five million and an area of 4,235 square kilometres. In contrast, Adams County in Mississippi, one of the poorest states, is only 1,191 square kilometres and has a population of 32,000, similar to other counties in that state. Air pollution concentrations can vary in important ways within a city, so there are important drawbacks to assigning one level of pollution for such a large area.

With a single air pollution value assigned to each county for a 17-year period, differences in exposure in space and time were not captured, especially in larger more populous counties.

Clustering of cases and deaths

Most studies of past exposure to air pollution and mortality assume that deaths are unrelated to each other. This is not true for COVID-19.

In this pandemic we are seeing multiple deaths occurring together in high-risk groups, such as in retirement residences. In South Dakota, half of the state’s identified COVID-19 cases came from the Smithfield pork processing plant.

These outbreaks were driven by social interactions, not air pollution levels. These outbreaks in turn may overwhelm local management of COVID-19, an important driver of mortality. This study did not account for these mechanisms.

Our concerns throw the results and conclusions of this study in doubt. It is our view that the findings grossly overestimate risks of COVID-19 mortality from air pollution.

Peer review helps ensure the integrity of health research. The results of studies on the mechanisms of infection, treatments and vaccines need to be made as soon as possible — and we recognize and support that.

Proper peer review must not be bypassed — and the onus for respecting its role falls not just on journalists but also on scientists to communicate the correct information accurately.