Euro hydrogen industry could be worth 120bn by 2050

Hydrogen power could be a €120billion+ industry in Europe by 2050, according to a new report.

The report by Aurora Energy Research suggests that hydrogen demand could grow significantly from 327TWhs today in Europe to up 2,500 TWhs by 2050.

It claims finds that Germany offers the most attractive market for hydrogen development at present.

According to Aurora Energy Research, Germany currently has the highest usage of hydrogen across Europe at more than 70TWhs, which more than one fifth of the European total.

Germany released an ambitious hydrogen strategy earlier in 2020, with planned incentives for hydrogen production and usage in industry and a focus on renewables-derived hydrogen.

While the Netherlands, UK and Norway are identified as strong markets for both green and blue hydrogen, because the report says they have taken a more ‘technology-agnostic stance’ than Germany or the European Commission on how hydrogen should be produced.

All three countries have a long history of natural gas production, whilst the UK and Netherlands have extensive usage of natural gas in heating – which could in the future be shifted towards hydrogen.

And the report predicts that France, Spain and Portugal look likely to emerge as leaders in green hydrogen production, facilitated by a rapid and extensive rollout of wind and solar generation capacity.

‘In the last year and a half, the buzz around hydrogen has been picking up quickly. Hydrogen from low-carbon sources could play a key role in decarbonising Europe’s heaviest polluters, and some projects are already underway,’ said Aurora Energy Research’s head of global commodities, Anise Ganbold.

‘However, there is huge potential for more investment – we estimate the market size of the hydrogen economy in Europe at up to €120 billion by 2050.

‘Currently, the European market for hydrogen is small, and limited largely to oil refineries and ammonia for fertilisers. Aurora’s analysis suggests the market could grow eightfold by 2050, to 2,500TWh per year. At this size, the market value of hydrogen sales could reach EUR 120 billion by 2050.’

In October, Air Quality News editor Jamie Hailstone spoke to JCB heir and hydrogen advocate, Jo Bamford, about he why he believes it is the fuel of the future for buses. 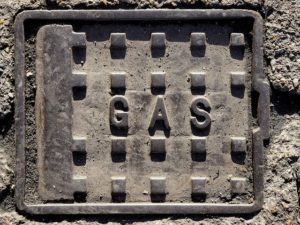 ‘To decarbonise Europe by 2050, significantly more investment will be needed into all segments of the hydrogen supply chain. Aurora Energy Research in October launched its Hydrogen Market Attractiveness Rating (HyMAR), which assesses and ranks countries in Europe by their hydrogen investment potential. Our analysis concludes that Germany is now the leader in Europe, based on its developed policy, strong hydrogen demand outlook and significant growth in renewable electricity generation.’