Dr. Gavin Bailey, the sustainable transport lead at Eunomia Research & Consulting, writes on whether the 100-year reign of the motorcar is over.

The car is killing us! More than 40,000 deaths per annum in the UK are thought to be due to air quality pollutants from motor vehicles, emitted from the tailpipe, tyres and brakes. Moreover, an estimated 12,000 deaths per annum in the EU are attributed to noise pollution from road traffic – also contributing to some 48,000 cases of ischemic heart disease. To top this off, the environmental impact of the car is significant. Tyre wear represents the largest single source of microplastic emissions into the environment, depositing approximately 500,000 tonnes per annum into the soil and marine environments, within the EU. These particles work their way into our bodies via the food chain. Finally, the transport sector is responsible for 27% of the total EU-28 greenhouse gas emissions, 71% of which are generated by road transport.

The impacts of the car are widely known and have been for well over a decade. So why do we continue to design for the car, be it fossil-fuelled, electric, or otherwise?

The car is king/queen – but do we need them? Cars are central to modern day life, marketed as a status symbol and a key part of an aspirational lifestyle. They deliver convenience and flexibility to users and enable many of the modern-day conveniences used by all, car users and non-car users alike. But above all else, the primacy of the car is largely due to its relationship with oil. Approximately, 68% of a barrel of oil is produced into either petrol or diesel fuels for motorised transportation. This means that many of the other commodities refined from oil, including jet and marine fuels, liquefied petroleum gases and many plastics products are reliant upon car use to sustain their current price point.

The reliance on oil which the car creates has been recognised for some time. In 2011 the EU Transport White paper set out the EU’s ambitions to reduce carbon emissions for the transport sector by 60%, against 1990 levels, and to liberate its economy from a reliance on oil. This has resulted in a jump to electrification, which has been heralded as the answer to the sector’s problems.

However, this may simply substitute one set of problems for another. Lithium and 10 other critical materials are mined and refined in regions external to the EU, some of which are politically unstable, while the mining and refining of materials such as lithium require huge amounts of water. In addition to this, numerous studies have shown that if we are all to achieve our goal of electrification by 2030, even a single nation’s demand for lithium and the other 10 critical materials will outstrip global supply.

Electric cars are certainly not a silver bullet – they continue to generate particulate emissions from their tyres and create significant energy demand on already limited systems. For long-term transportation solutions, we need to think differently in terms of systems change. We need to ingrain efficiency, favouring modes such as walking, cycling and mass transit. Coupled with new business models like demand responsive transportation (DRT) and car sharing, these approaches to transport move as many people as possible using the least amount of materials and energy required. In addition to this, circularity is needed to ensure materials we do use can be re-used and subsequently recycled. The notion of achieving a modal shift to public transport certainly is not new, and many have tried in vain to encourage transport users to make the switch. So, how do we get there?

Many would agree that cleaning up the transport sector certainly is not a difficult technological challenge, with viable alternatives to the car existing for decades. The challenge lies more in the required behavioural change. The current transport system is stacked in favour of the car at both the level of government and institutional investment, and at the individual decision-making level. This ultimately condenses into two issues. Firstly, provisions for alternative travel choices have not been made for a wide range of users; secondly, users are not sufficiently incentivised/disincentivised away from the convenience of car use.

In order to move towards systems efficiency and circularity decision-making at the government and user levels, transport choices needs to change. This happens through a comprehensive set of criteria which consider the full range of resource and environmental impacts – both positive and negative – for any proposed transport option. These could include: 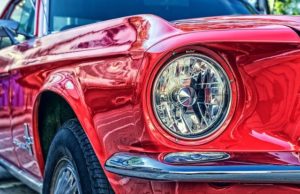 Transport for the people

It is important to remember that the success of any transport mode or option is dependent on patronage. Whilst a rebalancing of travel costs is an important foundational step to achieving behaviour change, user-centred design of alternative modes needs to be prioritised. Good user experience and aspirational motivation will be necessary to convince users to give up the car. As such, we need to cover the basics, such as journey time, convenience, comfort, ease of interchange, and reliability. These are issues which are best addressed by answering questions related to the shape and design of a national network scale transport system, such as:

If we were to start from scratch today, knowing what we know now, and using the current and future technologies, how might we design our transport system? And, in the context of changing social agendas related to global climate change and pandemics, what do people aspire to? And, what role does transport play as part of a modern lifestyle?

It is important that we start thinking about such questions, to ensure that the more sustainable systems and services being designed and implemented are focused on user attitudes and behaviours. Without user-centric design, the most sustainable transport service in the world becomes the most unsustainable if it is not used.

UK is credited with making the first motorised road vehicle in about 1810/20 although there are similar vehicle in USA these were steam powered but by 1850 electric and steam were becoming popular. What they don’t have the raciness of petrol, the mismatch between engine power curve and road power requires a gearbox. Also they are nosy where as some 1920 steam cars, where much faster and quieter, but the petrol cars by this time usually had electric start so they were not dangerous to start.

Electric returns and to quite efficient function but takes away the for fun or law breaking in the UK in the later 19th century. That is why the automobile will decline.

You are absolutely correct and thanks for giving information about feature de throning the car . I loved your blog and thanks for publishing this!! I am really happy to come across this exceptionally well written content. Thanks for sharing and look for more in future!!

Content here based on the features de throning the car in detail. Anyone searching for same topic may find their shelter here. I am sure many people will come to read this in future. Great blog indeed, will visit again future to read more!! You have done a great research for I feel, thanks for sharing.

this was vey ideal blog for racing cars. on the off chance that you need to see more , check this site Latest bicycles and cars