Lockdown revealed stark racial disparities in exposure to air pollution in the U.S, according to a study published in Proceedings of the National Academy of Sciences.

With support from NASA, researchers from George Washington University used satellite data to estimate nitrogen dioxide (NOx) levels both before and after lockdown.

They then used demographic data to compare how NOx levels changed for different population sub-groups.

The team found that changes in human activity resulted in significantly lower NOx levels in urban areas. However, even this sharp decrease was not enough to eliminate the racial, ethnic and socioeconomic disparities.

Marginalised, minority communities still experienced NOx levels during lockdown that, in some cities, were 50% higher than pre-pandemic levels in nearby highest income and mostly white communities, the researchers said.

For example, in New York, the largest reductions in NOx were found near the convergence of the George Washinton Bridge, an area that also has a heavy concentration of industries. 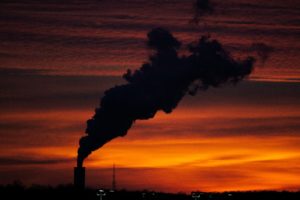 Based on these findings, the researchers have said that policies aimed at reducing traffic-related emissions (such as public transportation and widespread use of electric cars) may not be enough to reduce the air pollution in disenfranchised minority neighbourhoods.

Therefore, policymakers should also target the other sources of pollution that are found in disadvantaged communities, such as industry and heavy-duty trucking.

‘This study shows that an unparalleled pandemic and an unprecedented drop in emissions were not large enough to clean the air for poor, minority neighbourhoods.