Ananya Roy, a senior health scientist at Environmental Defense Fund and Elizabeth Moses, associate, Environmental Democracy Practice, Governance Center at WRI explain why climate change and air pollution is not only an issue of overlapping emission sources, environmental and cumulative health impacts; it is also an issue of justice and human rights.

We are seeing the beginnings of the impact of unchecked emissions globally.

Extreme rainfall and flooding in India, China and Germany have destroyed infrastructure and homes. Heatwaves have sent temperatures soaring above 40 o C for weeks, causing heat exhaustion and mortality.

The toll of death and destruction from these capture headlines adding to the steady drum roll of disease and death due to air pollution year after year.

In every instance the most vulnerable in our societies: children, women, the elderly, those with existing disease and marginalized populations – Indigenous People, those belonging to ethnic or racial minorities and low-income communities, bear a disproportionate burden.

Although often treated as separate issues, the interlink between climate change and air pollution is not only an issue of overlapping emission sources, environmental and cumulative health impacts; it is also an issue of justice and human rights. 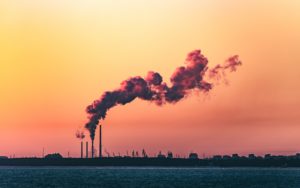 Science repeatedly documents that at every geographic scale, the burden from both air pollution and climate change is not borne equally or fairly between or within countries, states, or cities. For example,

But remedies laser-focused on reducing emissions often fail to consider the disparate distribution of climate and air pollution impacts.

Concerns that carbon pricing and trading widen existing inequalities by creating or worsening ‘sacrifice zones,’ as well as protests in France and Australia over carbon tax proposals highlight the danger of divorcing climate policies from the socio-economic context in which we live.

These have resulted in socio-political and information systems that, at best, mask, perpetuate and, at worst, amplify inequalities, concentrating climate and pollution risks in already overburdened communities. 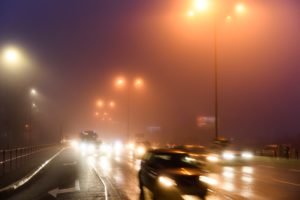 Stronger partnerships and new research is needed to understand the root causes of the existing patterns, monitor exposure impacts and identify solutions that reduce emissions, address disparities and build thriving communities. We need systems that invest in underserved and marginalized communities and engage them in the design and implementation of policies.

Locally, community-based participatory research, done with the community, for the community, can document inequities and foster corrective action that addresses historic harms and disparities.

It can help energize grassroots advocacy and provide new forums to engage decision-makers and researchers about environmental justice concerns. This combined with robust science and data transparency can promote trust, accountability, and build political will and capacity to take action.

Through this, the CAC hopes to build shared awareness of climate and pollution sources that contribute to climate, air pollution and health disparities by focusing on less recognized sources that disproportionately affect lower-income or marginalized communities.

Through a partnership with the community, civil society, policy and scientific stakeholders, the CAC hopes to unlock solutions that address air pollution, deliver climate, and development co-benefits and prioritize vulnerable populations and women.