The Liverpool City Region will have its first commercial electric bus routes from later this month when 12 electric buses will be introduced in the region.

The introduction is the final part of a £21 million investment from Arriva Merseyside, which the bus company has claimed confirms its continued efforts to improve air-quality in the region. 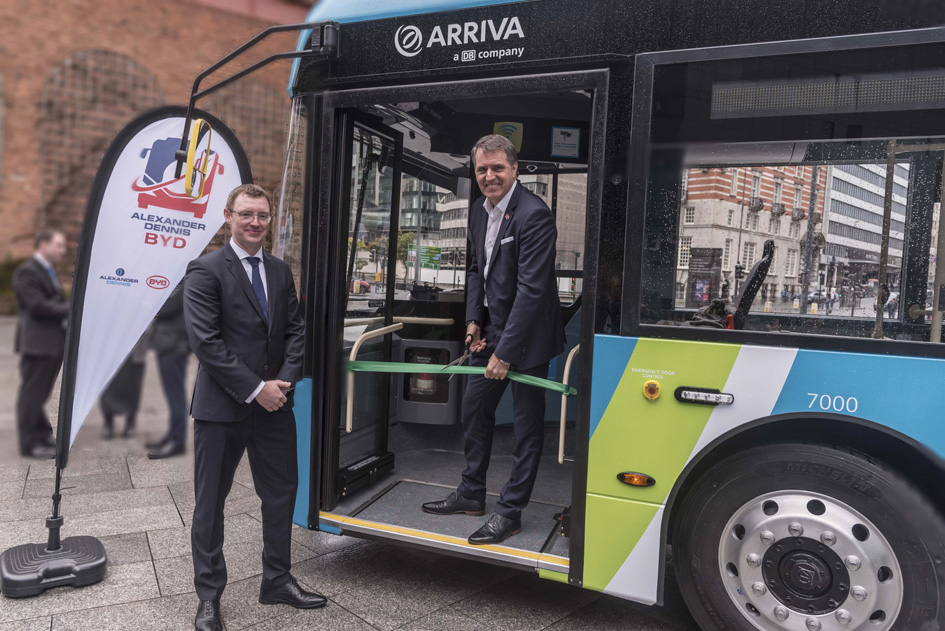 The buses will travel on the City Centre Circular Routes 26 and 27, known as ‘The Belt’ which run from the city centre through Everton Valley, Anfield and Kensington.

The new buses have been partially funded through £5 million award through the government’s Office for Low Emission Vehicles, in partnership with Merseytravel.

Councillor Liam Robinson, chair of the Liverpool City Region Transport Committee: “The bid we put in to government with Arriva for the funding for these new buses as part of the Liverpool City Region Bus Alliance was the biggest award in that round of funding, recognising our commitment to cleaner, greener travel. It’s great to see that award now translate into real, state-of-the-art buses on some of our busiest routes.”

The 12 new electric buses were introduced by the new Metro Mayor of the Liverpool City Region, Steve Rotheram, who said: “Modern, high quality buses with access to Wifi and USB are important to a City Region committed to creating an exemplar public transport system, but so too is environmental performance. Low emission buses already make up 70% of the Bus Alliance fleet and these zero emission electric buses are now setting the future standard.”

The new fully electric buses cover up to 130 miles on a single charge, Arriva has claimed.

Howard Farrall, Arriva Merseyside Managing Director said: “Arriva is committed to ensuring its fleet meets the latest clean vehicle standards. We are extremely proud to be joining forces with ADL & BYD at the forefront of the electric bus revolution. This new partnership will further contribute to Arriva’s ‘Destination Green’ environmental goal, which includes ambitious plans to reduce carbon emissions, conserve energy and invest in renewable sources.”