Organisers of the Clean Air Day campaign have launched a new initiative to raise awareness of the problem of indoor air pollution inside UK homes, encouraging people to take steps to improve the air they breathe indoors.

Global Action Plan, the behaviour change charity behind the Clean Air Day campaign, has announced the partnership with Airtopia to warn of the dangers of pollutants arising from sources including gas stoves, wood burners, personal care products such as nail varnish and deodorant, burning candles, home cleaning products, and soft furnishings. 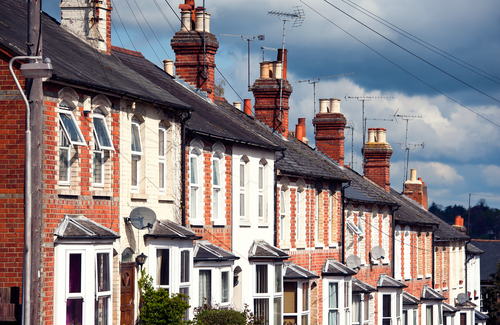 Pollution monitoring conducted by Airtopia, in three different UK homes, identified that all of them, exceeded some aspect of WHO guidelines on safe air pollution levels.

Research conducted by Opinium Research, as part of the campaign has found:

Professor Stephen Holgate, Medical Research Council, Professor at the University of Southampton and co-Chair of the recently formed RCP Working Party on Indoor Air Pollution and Children’s Health: “Research indicates that indoor air pollution has a significant impact on health – we estimate that this is up to 9,000 deaths per year of the estimated total 40,000 deaths from air pollution overall each year in the UK. This is because people spend 90% of their time indoors, often in poorly ventilated homes, and are exposed to a range of toxic air pollutants including formaldehyde and a cocktail of volatile organic compounds. The most significant sources of these pollutants come from cooking on gas, solid-fuel burning stoves, cleaning products, paints and new furniture and furnishings.”

David Evans MBE, founder of Airtopia: “Evidence from the USA and Europe suggests that air pollution can be up to five times worse inside than outdoors, and there is every reason to suggest it’s the same in the UK. People need to understand the invisible danger in their homes and the simple measures they can take to prevent the build-up of toxic air inside so they can live healthier.”

Chris Large, Senior Partner Global Action Plan, organisers of Clean Air Day:“Indoor air pollution is an invisible danger inside UK homes but it can be easily fixed. Clean Air Day this year is putting a spotlight on the simple measures that we can all take to clean up the air inside our homes. Actions such as burning smokeless fuels or dry, well-seasoned wood on your barbecue or stove, opening windows, use fragrance free or naturally scented products, switching to mild cleaning products and avoid aerosols, and can dramatically cut air pollution levels inside UK homes.”