Electric vehicles are now cheaper to own and run than petrol or diesel-fuelled vehicles in five different European countries, according to new analysis.

A study by the International Council for Clean Transportation (ICCT) has looked at the purchase, fuel and tax costs of running different types of the VW Golf, Europe’s best-selling car, in the UK, France, Germany, the Netherlands and Norway.

Comparing the costs of the Golf’s battery electric, hybrid, petrol and diesel versions over four years, researchers found that in all five countries, the electric Golf was the cheapest vehicle to own thanks to benefits such as lower taxes, lower fuel prices and higher subsidies.

Offering higher financial incentives to the drivers of electric vehicles may be the best way to encourage people to make the switch and tackle air pollution, the researchers concluded.

‘Consumer ownership costs for BEVs (battery electric vehicles) are lower than those of comparable gasoline and diesel cars and PHEVs (plug-in hybrid electric vehicles) across the five markets we study, assuming a four-year holding period and focusing on variants of the top-selling VW Golf,’ the report concluded. 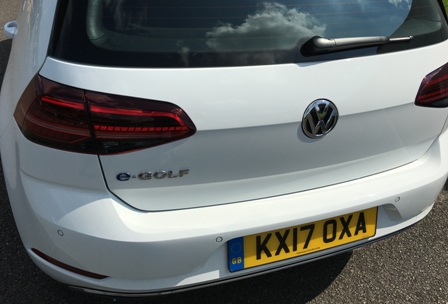 Norway was found to offer the most savings to owners of EVs as battery-powered vehicles are exempt from a high registration tax.

The costs associated with using an electric car was found to be 27% lower than using a diesel car in Norway, compared to 11-15% elsewhere in western Europe and a mere 5% in the UK.

PHEVs were found to be the most expensive vehicles to run over four years as they had higher initial purchase costs without benefiting from the same savings as pure electric vehicles.

The researchers warned that lower price advantages of using EVs over petrol and diesel cars could deter motorists from making the switch.

‘This lack of significant price benefits at the point of purchase might be a hurdle to increased sales of BEVs and PHEVs,’ the report said.

Creating significant tax breaks for EVs at the point of purchase and ensuring further benefits during their use may be the best way for governments to encourage them being used, the ICCT suggested.

The researchers also recommended that nations consider the emissions of a vehicle when deciding company-car tax, as is the case in the Netherlands and Norway.