The Mayor of London has today (February 25) opened his £23m scrappage fund for microbusinesses and charities to scrap their older, more polluting vehicles and switch to cleaner vehicles.

Research published by UK100 suggests that the fund could pay for nearly half a million (488,647) older polluting cars, vans and buses to be taken off the roads and incentivise businesses into using low-emission vehicles and public transport. 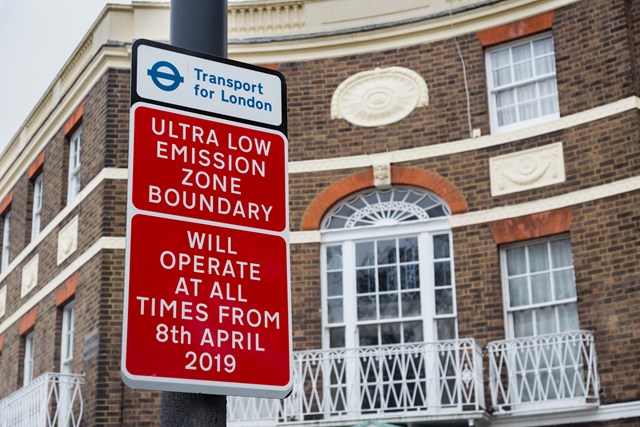 Mayor of London Sadiq Khan said: ‘Motorists need our help and support to take positive action, and I am proud to today open this £23 million scrappage scheme today to help enable microbusinesses and charities to scrap polluting vans and minibuses, and switch to cleaner vehicles. The van scrappage scheme will be followed later this year with a £25 million fund to help lower-income households scrap polluting cars.

‘Air pollution is now widely recognised as a national health crisis that is stunting the lung development of our children and leading to thousands of premature deaths.

Electric van hire firm Zipcar will be matching the £3,500 payment from the Mayor, and their general manager Jonathan Hampson said the scrappage scheme is ‘exactly the type of bold solution needed to tackle London’s twin challenges of chronic congestion and poor air quality.’

‘We’re delighted to announce that we’re supporting the GLA / TfL, to help deliver the Mayor’s diesel van scrappage scheme with a financial package for businesses. Zipcar UK can support the transition to ULEZ by giving businesses access to fully compliant vehicles without needing to purchase new vans,’ he added.

Last week, London hosted a national air quality summit with city leaders from across the UK as they called on Environment Secretary, Michael Gove, and the Health Secretary, Matthew Hancock, to fund a national scrappage scheme, which the government had previously ruled out.

‘We need government ministers to help fund a national scrappage scheme targeted at cities across the UK that will support all motorists to ditch their polluting cars, and help clean our filthy air once and for all,’ added Sadiq Khan.

Businesses can apply for the scrappage scheme here – www.tfl.gov.uk/scrappage-scheme.

Last week, Dr Faiza Shaheen, a Labour Party parliamentary candidate, hit out at the upcoming ULEZ, calling it ‘unfair’ to small businesses in Chingford and Woodford Green because they will not be fairly remunerated as they transition to low-emission vehicles.