Council leaders and mayors from around the country have signed up to an ambitious clean air plan, following a high-level summit in London.

The #LoveCleanAir summit was hosted yesterday (February 14) in London by the capital’s mayor, Sadiq Khan, the UK100 group of local authorities and UNICEF UK. 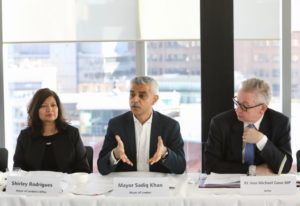 ‘UK100 are delighted that city leaders and mayors representing 20 million people across the length and breadth of the country have today signed up to the world’s most ambitious plans for clean air legislation including tougher, legally binding WHO limits on air pollution,’ said UK100 Director, Polly Billington.