Environment Bill: Where Do We Stand on Air Quality Measures?

On 26 May 2021, the anticipated Environment Bill had its third reading in the House of Commons. The bill will implement key parts of the government’s Clean Air Strategy and include targets for tackling air pollution in the UK. However, the specifics are still being debated and discussion on air quality was largely omitted from the most recent debate in Parliament.

What Measures Relevant to Air Quality Does the Bill Propose? 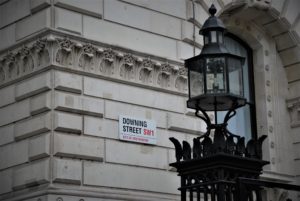 What Proposed Amendments Have Been Defeated?

Throughout the bill’s lifetime, key opposition proposals on air quality have been defeated in the House of Commons:

What Was Said at the Third Reading?

Air quality was not discussed in depth, although the issue was raised by opposition MPs calling for government to “stop resisting concrete protections” and set binding WHO targets. The shadow Environment Secretary suggested that the government failed to deliver the “landmark boldness” required and expected from the rhetoric surrounding the bill.

Government MPs maintained that the bill delivers targets on many environmental issues, including air quality; one Conservative MP referred to it as a “transformative, world-leading, exciting, ambitious Bill”.

What Developments Might We See As the Bill Progresses?

It is certainly the case that interest in air pollution, its varied sources and its effects on human health is increasing. A recent inquest, which named air pollution a “material contribution” to the death of Ella Adoo-Kissi-Debrah, sends a strong message that air quality targets need strengthening. Ella, who passed away in 2013, is the first person in Britain to have air pollution as a recorded cause of death.

It is widely reported that UK levels of PM2.5 sit at twice the WHO’s recommended target of 10 µg/m3. In May 2021, Environment Minister Rebecca Pow said the government was “working on” finding the right figure, but has yet to commit to a target. The House of Lords will inevitably revisit the coroner’s recommendation following the Adoo-Kissi-Debrah inquest that the WHO target become law, and discuss whether that figure is appropriate for the bill.

Stakeholders, including the Chartered Institute of Environmental Health, have criticised the current bill for only seeking to limit levels of PM2.5, rather than setting a target. The House of Lords may also consider what targets might be set on other dangerous pollutants.

The government intends the Environment Bill to become law in autumn 2021, as a statement to accompany the UK presidency of the COP26 climate change conference. However, the rejected proposals on air quality have drawn criticism from opposition MPs and campaigners who are dubious of how effective the bill will be. How that will play out as the bill progresses through the House of Lords, and is then finalised, remains to be seen.

This article first appeared in the Air Quality News Magazine.

Gentlemen. I find you are dragging your feet on this matter. AIR POLLUTION. Was first recognised in the winter of 1953 in London. When an Air Inversion of very cold air. Blanketed London and caused thousands of deaths from pollution from traffic and coal fires.
Bills were passed to reduce coal sales and the burning of solid fuel coal.
But since then in 68 years you have created a lot of hot air in the House
And nothing in reality. Which has caused millions of deaths since.
IT has also taken 7 years. To find the cause of death of one poor young child.