After a series of delays in submitting its plans to central government, Bristol City Council was ordered to have its system for charging polluting vehicles in place by October 29 this year.

However, the council has announced today (July 2) that the CAZ will not launch until the summer of 2022.

Under the CAZ, drivers of the most polluting vehicles will have to pay £9 to enter the zone.

Bristol City Council has said that this delay will allow for more financial support to help citizens upgrade to cleaner vehicles. A new loans and grants scheme to help citizens and businesses upgrade their vehicles will be launched in the autumn of 2021.

In addition, more people will now be eligible for financial support after Bristol City Council raised its low-income threshold from £24,000 to £27,000 by early 2022 – 20% higher than the Office for National Statistics (ONS) calculation of low incomes in the city.

Other support measures include:

The council has said that the implementation of the zone will mean that the city will remain on track to reduce pollution caused by traffic to within legal limits by 2023. 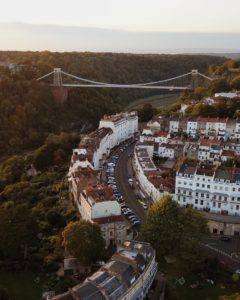 Marvin Rees, Mayor of Bristol, said: ‘The Clean Air Zone is a complex project. We’re working closely with the government to get it right and get the best deal for Bristol residents and businesses.

‘We’ve gained valuable insight from the introduction of Clean Air Zones in other cities and I’m pleased we’ve been able to strengthen our proposals to provide a significant package of support and give people more time to prepare for the zone.

‘We don’t want to charge people, we want to provide the opportunity to work with us – hopefully, switching to a cleaner vehicle and walking or cycling for shorter journeys as well as using public transport.

‘The Clean Air Zone will help us create a healthier city while ensuring we don’t adversely affect less wealthy communities and by minimising the impact on the most vulnerable. We have a moral and legal duty to deliver clean air in Bristol in the shortest possible time and we’ve always sought to do so in a way that also protects the most deprived households in our city.

‘Our new plans will ensure that everyone that needs help on our journey to cleaner air, gets it.’

A spokesperson from Bristol Clean Air Alliance said: ‘We have a moral and legal duty to reduce harmful levels of nitrogen dioxide caused by traffic.

‘Around 300 people die every year because of toxic air pollution in Bristol, and hundreds more suffer from conditions caused by it. Alongside this, we have been directed by Government to introduce a CAZ to meet legal limits of air pollution within
the shortest possible time.’