Hackney Council has announced plans to adopt new targets for air pollution in line with World Health Organisation (WHO) guidelines.

Under their new Air Quality Action Plan, which was approved by the cabinet last week, the council has committed to do ‘everything in its control’ to comply with WHO guidelines and Air Quality Objectives on PM2.5 and nitrogen dioxide (NOx) pollution by 2030.

This will see the council reduce air pollution further than the current government guidelines of 40 µg/m for NOx and 25 µg/m for PM2.5.

The council has said that schools, medical facilities and care homes will also be prioritised for further evaluation to reduce air pollution. 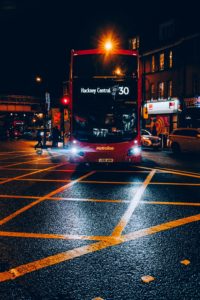 The council is also investing in real-time pollution monitors to supplement its existing network of diffusion monitors.

In addition to action to tackling the pollution from road transport, the plan outlines actions to tackle pollution from construction and fuel-burning (wood-burning stoves and commercial cooking).

The Council will also call on Transport for London to expand the Ultra-Low Emissions Zone to all of London after 2021, and lobby the Government to take action on the causes of pollution that are out of the Council’s control.

Cllr Mete Coban, Hackney Council cabinet member for energy, waste, transport and public realm, said: ‘An estimated 7% of deaths among over 30s in Hackney can be attributed to particulate matter, which is why we’re among only a few councils in London that are adopting strict new WHO limits on this type of pollution.

‘This new Air Quality Action Plan sets out the tough action we need to take to rebuild a greener Hackney for all of our residents – reducing wood and coal burning, improving construction emissions, and reducing polluting traffic across our neighbourhoods – so we can all enjoy cleaner air, healthier lives and better neighbourhoods.’

In related news, earlier this year Camden council and the three hospitals in the borough wrote a joint letter outlining their shared commitment to realising the coroner’s recommendations following the Ella Kissi-Debrah inquest.