The final designs will be submitted for Active Travel Neighbourhoods (ATNs) in Levenshulme and Burnage, following three years of public engagement and a trial period.

The initial plan included 25 modal filters, which are features that limit through-journeys to certain modes of transport, and a final selection of 14 were installed in key areas in Levenshulme and Burnage for a trial period of six months to test their effectiveness in practice.

Following the end of the trial and feedback from the public, all 14 filters will be made permanent, at locations including Buckhurst Road, Victoria Road, and Guildford Road. 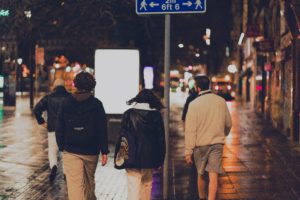 Cllr Tracey Rawlins, executive member for environment, said: ‘The trial of the Active Travel Neighbourhood scheme was incredibly valuable in our understanding how people travel in the places they live, as well as how we can create places that are safe and prosperous to live in.

‘Thanks to the thousands of people who took part in our consultations we have begun the steps to permanently put this scheme in place. We’ll now work with our partners to put together a design which works for residents and fulfils the goals of Active Travel Neighbourhoods. This is a collaborative approach between ourselves and residents and I look forward to taking our final design to them when completed, later this year.’

Where possible, feedback was taken into account about how the installation of the filters would alter people’s behaviour on the roads and how traffic would adjust when the streets were closed off, with two of the filters on Henderson Street and Manor Road East being relocated after feedback from residents.

The Highways Service presented the initial outline designs for the proposed next stage of the ATN scheme to ward councillors in both areas earlier this month, which were agreed in principle, and the plans have also been submitted to Transport for Greater Manchester for review.

In related news, South Yorkshire Combined Authority has submitted a Countywide bid for the next phase of active travel schemes.