Yesterday, for the first time in two years, the Air Quality News team joined over 100 delegates at the Midland Hotel, Manchester for the sold-out Northern Air Quality Conference.

Our expert speakers delivered thought-provoking and passionate presentations on the clean air agenda, reflecting on the lessons of the last two years and looking to the future for air quality.

Chaired by Stephen Cirell, the host of the Environment Journal Podcast and advisory energy consultant, the day included presentations on the history of air pollution, the economic benefits of Clean Air Zones and the significant problem of indoor air pollution

First to present was Dr Gary Fuller on the history of air pollution. 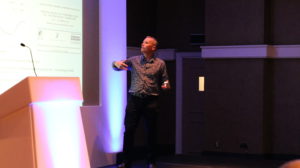 Looking back to the ‘Great Smog’ of the 1950s, Gary asked the complicated question, has air pollution ever been this bad?

Although the lack of any monitoring data makes this question difficult to answer, Gary concluded that although air pollution may not be as bad, the total burden on humanity is much worse – with 40% of humanity currently living in continents where air pollution is the worst on the planet.

Moving on, Gary also questioned the current legal limits. ‘Yes it’s good to have a limit value as a way-point,’ he said, ‘but this limit value has become a ceiling to be polluted up to.’

‘Cars have become like an invasive species, they have changed the nature of our cities. We need to make politicians realise that moving away from this is a unique opportunity.’

Next up to present was Joe Swift, senior advisor in the Public Health and Air Quality Team and Julian Watkins, a social scientist at the Environment Agency. Joe and Julian told the audience about their ongoing Air Quality Inequalities Project. 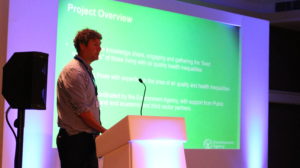 The project is a collaborative effort and aims to bring together the voices and lived experiences of over 200 individuals and 80 groups who have expertise in air quality and health inequalities. Their aim is to answer difficult questions such as ‘Can the job you do affect your exposure to air quality?’ or ‘Does where you live affect your health?’

Once their research is complete they plan to publish reports circulating their findings, but so far, Julian concluded:  ‘Our research has revealed that compounding factors can affect air pollution and we’ve found that the people most exposed are often not in a position where they can easily change their emissions or their exposure.

‘The responsibility should therefore not just sit with the individual – we need a cross-sectional approach.’

Next up to present was Cllr Sarah Warren, deputy council leader and cabinet member for climate and sustainable travel at Bath and North East Somerset Council. 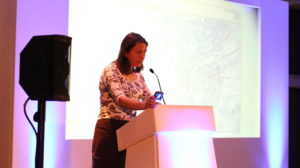 Earlier this year, Bath became the first local authority outside of London to introduce a charging Clean Air Zone (CAZ). In her presentation, Sarah explained the challenges and obstacles that had to be overcome to reach where they are today.

According to Sarah, one of the main challenges was getting the public on board. In 2018, when the prospect of the CAZ was first introduced, air pollution was still a relatively new idea to the general public. It was before Greta Thunberg became a household name before Extinction Rebellion were taking over the mainstream media and before councils started declaring Climate Emergencies.

For the scheme to be a success, the council needed the public on board, and so it was essential that the scheme didn’t just penalise people for driving, but also supported them to explore new options. This is why they launched the financial assistance scheme to assist those looking to upgrade or retrofit their vehicles.

The scheme is still in the early days, however, the data shows that air pollution is moving in the right direction. A recent report highlighted that compared to the same period in 2019, NO2 levels are 12% lower.

After lunch, Jane Burston, executive director and founder of the Clean Air Fund came back to the stage to present the economic benefit of Clean Air Zones.

In a report published in 2019, the Clean Air Fund highlighted that meeting World Health Organisation (WHO) standards for air quality could prevent 17,000 deaths and gain 40,000 productive days equaling £1.6bn worth of economic gain. 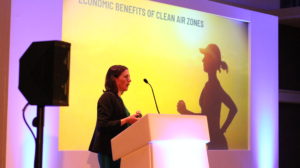 ‘With this report, we were aiming to speak in a language that the Treasury will listen to,’ said Jane.

The research also revealed that CAZs can deliver an average 18% (5 µg/m3) reduction in NO2 in city centres which could prevent at least 1% of deaths in their populations.

Due to the size and nature of Greater Manchester’s upcoming Clean Air Zone, the report revealed that it could lead to a £7.1m economic benefit.

In the penultimate session of the day, Katie Nield, clean air lawyer at environmental law charity ClientEarth questioned the success and method of the Clean Air Zone rollout.

CAZs are driven by a legal imperative retained in EU law to reduce air pollution to be within legal limits in the shortest time possible. 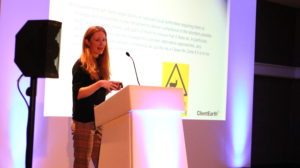 As stated in her presentation, this rollout has been a story of ‘dither and delay,’ with a lack of leadership and ongoing tussles between central and local government hindering progress.

For example, Greater Manchester said they would only introduce a Category D CAZ if there was adequate funding to help residents retrofit their vehicles.

Bristol proposed a diesel ban, but the government said this was not possible under existing statutory powers and with a huge reliance on complex and time-consuming modelling, any slight change to design could ruin the model.

It’s a case of ‘perfect being the enemy of the good’ said Katie.

Indoor air pollution is responsible for an estimated 1.6 million deaths globally each year, and with the majority of the population spending more than 90% of their time indoors, this is an issue that should not be overlooked. 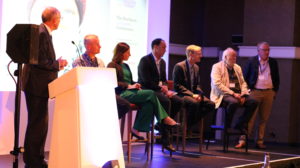 The day ended with a panel, where Jane Burston, Gary Fuller and Tom Wooley joined Morley Sage from the Stove Alliance, John Vinson from Vortex and Nick Helm from law firm Squire Patton Boggs to debate all things wood burning, legislation, the upcoming Environment Bill and the effectiveness of Clean Air Zones.

The day was a resounding success, with delegates, exhibitors and speakers revelling in the joy of being back in one room to share ideas and spark debate.

If you missed out on the conference, then click the link below to purchase tickets for our upcoming National Air Quality Conference on November 10 at Lords Cricket Ground, London.