A long-awaited package of European air quality proposals and measures has today (December 18) been unveiled by the European Commission, with a focus on tackling pollution at its source.

The package of measures – originally slated for release in September 2013 – come after a three-year review of the EU’s air quality legislation and policy as part of the ‘Year of Air’ in 2013. 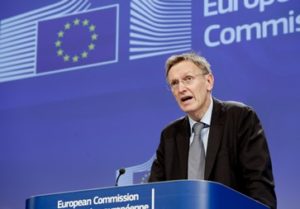 It is estimated that the policy package – which could take a further 1-3 years to fully agree and implement – will help avoid 58,000 premature deaths with a cost benefit of around 40-140 billion Euros each year in 2030.

Currently, 420,000 premature deaths in the EU are estimated to be caused by air pollution.
The new proposals include stricter limits in the National Emissions Ceilings Directive (NECD), which places limits for 2020 and 2030 on member states for emissions of six air pollutants.

Under the proposed new NECD limits, each member state has been set its own percentage reduction targets for each pollutant based on a 2005 baseline.

However, although considered as part of the review, no revisions have been proposed for the EU Ambient Air Quality Directive (AAQD), which came into force in 2010 and places local limits for air pollutants most harmful to human health.

The Commission states that it is ‘clear’ that the AAQD is ‘insufficient in relation to the World Health Organisation (WHO) air quality guidelines on air pollution’.

Despite this, however, the Commission argues that further tightening existing EU air quality standards will be ‘ineffective unless we see real cuts in air pollution from the main sources’.

It adds that as many members states are facing infringement cases for failing to reach existing standards, proposing stricter standards ‘may prove counter-productive’, although it is considering simplifying the implementation of the legislation.

Also outlined in the package is a proposal for a new Directive to reduce pollution from medium-sized combustion installations, such as energy plants for street blocks or large buildings and small industry installations (1-50MWth).

This will set limit values for new and existing installations for NOx, SO2 and particulate matter after the review of air quality policy ‘revealed a gap’ in EU source legislation for these types of plants.

A communication – ‘A Clean Air Programme for Europe’ – has also been release today (December 18) by the Commission, the European Parliament, the European Economic and Social Committee and the Committee of Regions.

This summarises current measures and the strategy for tackling air pollution up to 2030 to ensure targets are met in the short and long term. It also outlines measure to support research on air quality and promote international cooperation.

Additionally, a ratification proposal for the Gothenburg Protocol under the 1979 UNECE Convention on Long-Range Transboundary Air Pollution – which was amended in 2012 and is the main international legal framework for reducing air pollution – has been unveiled today.

Launching the package, Environment Commissioner, Janez Potočnik, said: “The actions we are proposing will halve the number of premature deaths from air pollution, increase protection for the vulnerable groups who need it most, and improve quality of life for all. It’s also good news for nature and fragile ecosystems, and it will boost the clean technology industry – an important growth sector for Europe.”

The European Environment Bureau (EEB) welcomed the Commission’s proposals but said it regretted the ‘overall lack of ambition in the package’.

Louise Duprez, EEB senior policy officer, commented: “This is a first step in the right direction, but it is a paradox that the entire year has been marked by repeated calls from scientists for urgent action, yet the Commission’s response is ‘yes, but not until 2030’. This delay will result in large numbers of completely avoidable premature deaths in Europe.”

The EEB – which represents more than 140 European environmental groups – added that the scope of the package was also disappointing, stating: ‘While it is welcome that measures are proposed to address emissions from Medium Scale Combustion installations (1-50MW), other sectors such as shipping, cars and non-road machines remain neglected.’