A further 400 buses in London are to be retrofitted with emission-reducing technology after the London Mayor and Transport for London announced plans on Friday (September 19) to expand London’s bus retrofit programme.

A grant of £500,000 from the Department for Transport’s (DfT) Cleaner Vehicle Technology Fund will also enable a London fire engine to be retrofitted for the first time, extending technology already used on London’s buses to the London Fire Brigade. 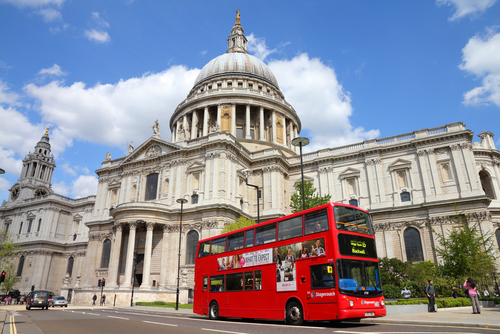 More London buses are set to be retrofitted

More than a thousand London buses have already been retrofitted, with a further 400 in the pipeline. The new funds, which will be supplemented with TfL budget, will bring the total to 1,800.

The retrofit process involves fitting a Selective Catalytic Reduction (SCR) system to the exhaust of older buses. Successfully trialled in 2012, the technology provides Nitrogen dioxide (NOx) emission reductions of up to 88%.

Matthew Pencharz, the Mayor’s senior advisor for environment and energy, said: “The Mayor is taking the most ambitious and comprehensive set of measures in the world to improve London’s air quality, an urgent challenge which affects the health and well-being of all Londoners.

“At the heart of his plans is the world’s first Ultra Low Emission Zone in central London from 2020, and just last week he published a road-map to how London can meet European requirements for NO2 by 2020.

“This fantastic world-leading retrofit programme, which we intend to roll out to more public vehicles wherever possible, has a huge part to play, creating cleaner, greener buses and cleaner, more breathable air for London.”

According to TfL, London’s green bus fleet is the largest in the world, combining the roll out of new hybrid buses  – including the New Routemaster – the early introduction of new Euro VI buses, and the retrofit programme, leading to significant improvements in emissions throughout London.

Mike Weston, director of buses, said: “London already has Europe’s largest fleet of green buses. This further funding will not only enable this number to grow but is also is a fantastic recognition of all that we are doing, and will continue to do, to improve London’s air quality.”

Minister of State for Transport, Baroness Kramer said: “It is great to see London putting this funding to good use and leading the way on introducing greener vehicles on the city’s streets, including for the first time a fire engine fitted with pollution reducing technology.

“This will mean lower emissions and real public health benefits, while supporting skilled jobs and growth in the environmental technologies industries.”