Air pollution limits on Brixton Road in the south of London were breached for the whole of 2017 just five days into the New Year, according to monitoring data. 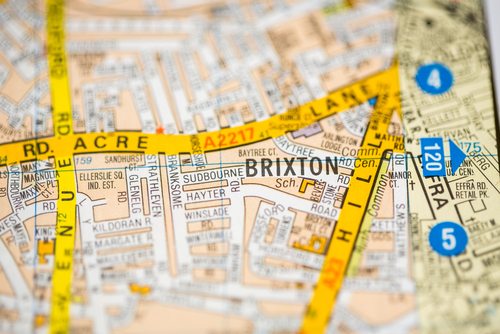 Data from the London Air Quality Monitoring Network which is run by King’s College London, Brixton Road as the first place in London to breach objectives for nitrogen dioxide for 2017.

And, air quality campaigners have blasted the “scandalous” breach and called for action.

Brixton Road in Lambeth breached the legal EU limit, which sets levels of nitrogen dioxide (NO2) at 200 micrograms of NO2 per cubic metre for a maximum of 18 hours over the entire year.

The area hit its 19th hour of illegal pollution at 9pm on 5 January.

In 2016, the limit was breached within eight days on Putney High Street, while in 2015 Oxford Street was the first road to breach, taking just two days (see AirQualityNews.com story).

Jenny Bates, Friends of the Earth air pollution campaigner, said: “With the new year only days old, it’s scandalous that air pollution limits for the entire year have already been breached.

“Air pollution is a major health threat, particularly to children and other vulnerable people, contributing to around 40,000 early deaths across the UK every year.

“Road traffic is the biggest culprit – and diesel is the worst. This is why the government must take much bolder and quicker action including planning to phase out diesel by 2025.”

London Assembly member Caroline Russell decried the breach as a “public health catastrophe”, commenting: “Too many people have had their lives shortened, their asthma and other respiratory problems worsened and their quality of life reduced as a result of weak Mayoral policies and Government inaction.

“The Mayor promised to restore London’s air quality to legal and safe limits, he has a lot of work to do to turn around his predecessor’s hopeless record on air pollution and come up with new measures to reduce Londoners’ exposure to polluted air.

“The ‘T’ charge is just not enough, the Mayor must clean up all the buses, cut traffic and make it safe and easy to walk and cycle.

“London must comply with nitrogen dioxide legal limits by 2020 at the very latest, people are already suffering the awful public health consequences of living in this dirty air.”

ClientEarth lawyer Alan Andrews, who was part of two successful court cases against the UK government over levels of air pollution (see AirQualityNews.com story), said: “This is another shameful reminder of the severity of London’s air pollution and shows why the Mayor has rightly made tackling it a top priority. It is absolutely essential that he now delivers on his promises and that the national government back him to the hilt.”

Mr Andrews added: “We need immediate action to cut pollution in the short-term and protect Londoners’ health during these pollution spikes.

“While London has the worst air pollution, this is a national problem which requires a national solution.”