Emissions of nitrogen oxides are thought to have fallen up to 10% in 2016 compared to levels recorded the previous year, a report published today by the Department for Environment, Food and Rural Affairs (Defra) has suggested.

The report, which details annual emissions of air pollutants in the UK from 1970 to 2016, also suggests that nitrogen oxide levels have fallen to their lowest level during that time period. 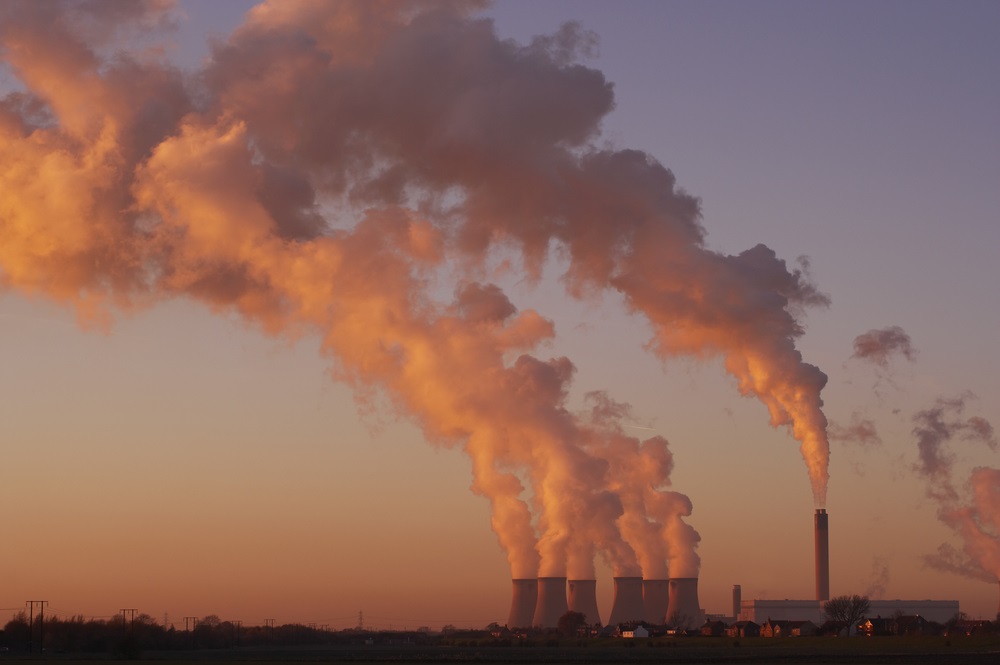 Decline in nitrogen oxide emissions is thought to be linked to the closure of a number of coal-fired power stations across the country since 2012, as the government seeks to move towards more sustainable forms of power generation.

NOx emissions from energy generation have fallen by as much as 45% during this time, Defra predicts. Emissions of nitrogen from road transport and other industrial sources have also fallen since 2012, but at a slower rate of decline, the report adds.

Looking at the long term trend in NOx, the report notes: “Increases in road traffic account for the steep climb in nitrogen oxide (NOx) emissions between 1984 and 1989. The introduction of catalytic converters and stricter emission regulations have resulted in a strong downward trend since 1990.

“However transport still accounts for 49% of UK NOx emissions in 2016 and the rate of reduction from this sector has slowed down due to the increased contribution from diesel vehicles. Emissions from power stations and industrial combustion plant have also reduced significantly, reflecting a long-term trend away from the use of coal and oil in favour of natural gas and renewable energy sources.

“The recent 23% decrease in total NOx emissions between 2012 and 2016 occurred due to similar reasons to those detailed for SO2: the closure of a number of coal-fired power stations meant that emissions from the energy industries fell by 45% over that period which was the greatest change for any emissions source group. Road transport, non-road transport and industrial combustion emissions, in comparison, fell by 12%, 6% and 20% respectively.” 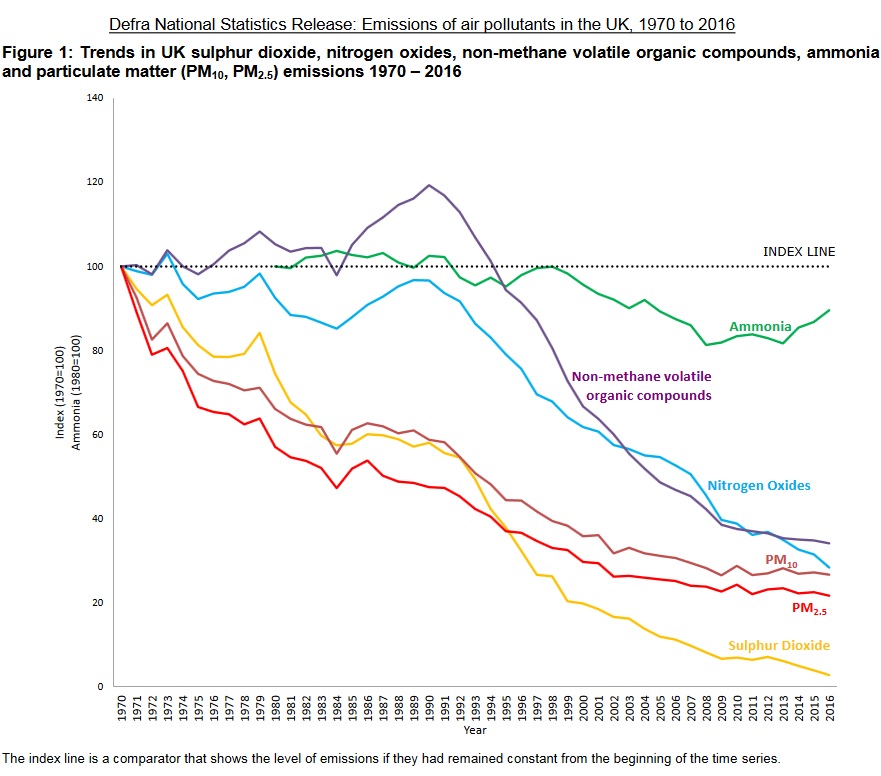 Other major developments highlighted in the report include that PM10 emissions have remained relatively static over the past five years but decreased by 1.9% from 2015 to 2016, while PM 2.5 emissions decreased by 3.7% over the 12 months to their lowest level in the time series.

The report notes: “Emissions from road transport accounted for 12% of PM10 and PM2.5 in 2016 and is the third largest source after industrial processes and combustion in residential, public, commercial & agricultural sectors. 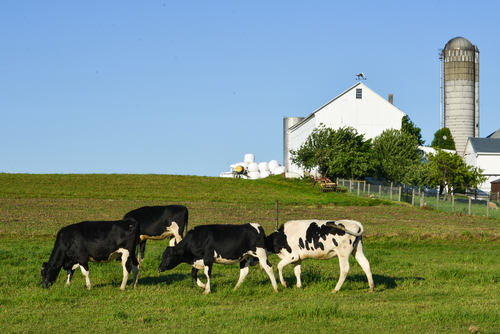 Agriculture is the main source of ammonia emissions

Ammonia emissions – which are largely caused by agricultural activities – did see an increase in 2016 of 3.2% compared to 2015. According to Defra, this increase was mainly due to the manure management of larger dairy herds and from spreading of fertilisers.

Commenting on the figures, Laurie Laybourn-Langton, director of UK Health Alliance on Climate Change, said: “The overall decrease in air pollutant emissions is a positive trend, which indicates that efforts to improve air quality are continuing. However, this process is occurring too slowly in the UK and although various bodies have set ‘acceptable’ limits for certain pollutants, no level of exposure is entirely safe.

“In particular, infants and children are at risk as their hearts and lungs are still developing. Stronger measures, such as increased investment in active transport and the expansion of Clean Air Zones nationwide, would lead to cleaner air across the UK, ultimately improving public health and reducing costs to the NHS.”