A group of MPs has accused the Government’s 2040 targets for zero emission cars of being “vague and unambitious”.

And, in its report, the Business, Energy and Industrial Strategy Committee calls for the Government to bring forward the target for new sales of cars and vans to be “zero emission” by 2032. 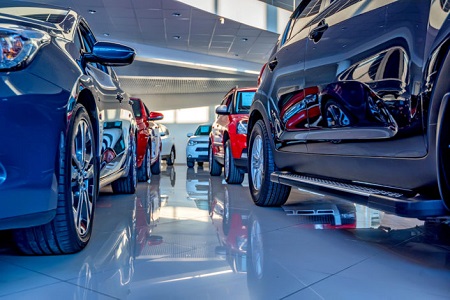 The current target set by the Government is to end the sales of conventional petrol and diesel cars by 2040.

The report, published today, finds that the poor provision of charging points for electric vehicles (EVs) is one of the greatest barriers to growing the UK EV market.

The Committee calls on the Government to take the lead in ensuring charging points are provided nationwide and help local authorities access greater support to develop charging infrastructure across the country, including in remote and rural areas.

Rachel Reeves MP, Chair of the Business, Energy and Industrial Strategy Committee has criticised the UK’s EV charging infrastructure as being “not fit for purpose”.

“The UK Government’s targets on zero-emissions vehicles are unambitious and vague, giving little clarity or incentive to industry or the consumer to invest in electric cars,” she said. “If we are serious about being EV world leaders, the Government must come forward with a target of new sales of cars and vans to be zero emission by 2032.

“The Government needs to get a grip and lead on coordinating the financial support and technical know-how necessary for local authorities to promote this infrastructure and help ensure that electric cars are an attractive option for consumers”.

The Government should ensure buyers of electric vehicles benefit from preferential Vehicle Excise Duty rates and that the introduction of preferential rates on company car tax for EVs is brought forward “without delay,” the committee states.

And, the Government should “maintain Plug-in Grants for new electric vehicles at current levels, rather than cutting them from November”. Last week, the Department for Transport announced that funding support for purchases of electric vehicles is to be reduced or stopped altogether for some categories (see airqualitynews.com story).

The report says that the UK can better capitalise on industrial opportunities if there is an “aggressive targeting” of high-value aspects of the EV and battery supply chains where the UK already holds comparative strengths.

There also needs to be a focus on reskilling the existing car industry work-force so they are equipped to help lead the transition to mass use of electric vehicles, it explains.