The Department for Transport (DfT) has announced £48m in funding for 263 Ultra Low Emissions Buses for councils across the country.

Greater Manchester was another one of the big winners as its combined authority and three bus operators – First, Stagecoach and Manchester Community Transport – were awarded almost £15m to purchase a total of 70 electric buses.

Brighton and Hove Buses has received funding for 20 hydrogen buses, while Nottingham City Transport will receive over £1.1m in infrastructure funding for its 53 bio-gas double-decker buses.

The announcement comes as the government seeks to drive down bus emissions in order to meet targets set in its Clear Air Strategy, announced last month.

Buses Minister Nusrat Ghani said: ‘Buses are far more than a way of getting from A to B. They are a crucial tool in the fight against loneliness and it is good to see the industry taking steps to tackle isolation.’

‘This government is doing more than ever before to reduce emissions across all modes of transport and I’m delighted to see the bus industry putting itself at the forefront of this.’ 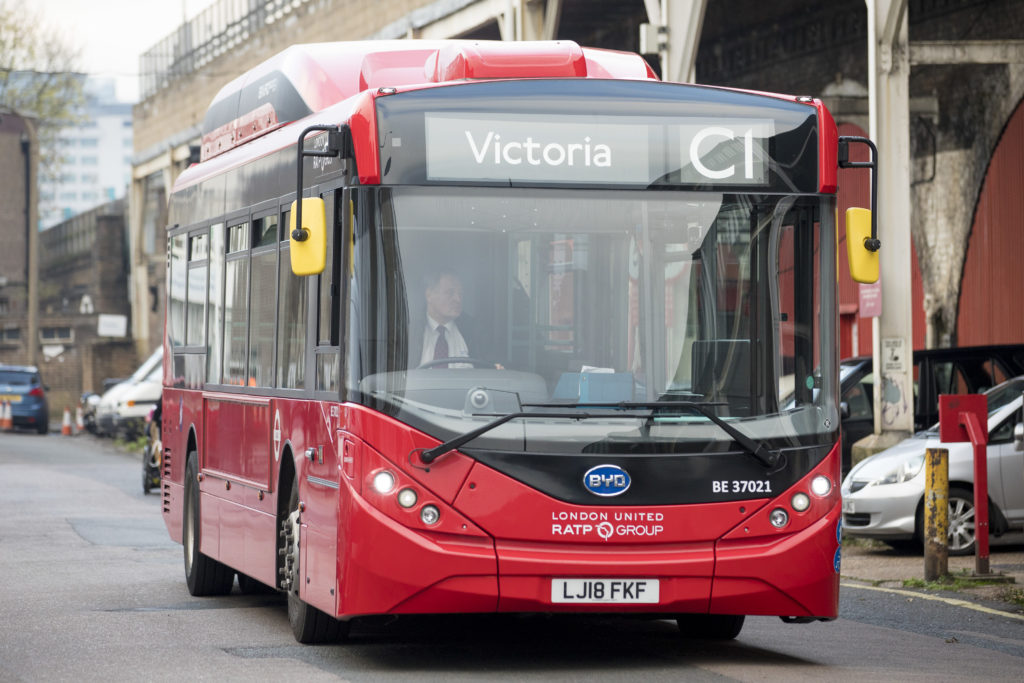 The DfT has estimated that the move, which will double the UK’s ULEB fleet, will help save over 14,000 tonnes of CO2 annually.

Cardiff City Council called the announcement ‘pay-off’ for its work on trying to improve air quality in the city.

Cllr Caro Wild, cabinet member for strategic planning and transport on the council said: “We welcome the news that grant funding has been made available to assist in the procurement of 36 new electric buses for the city.

‘This announcement is good news for Cardiff and for Cardiff Bus and will help us deliver on our clean air ambitions for the city.’

The government has been steadily investing in the uptake of zero-emissions vehicles as part of its Road to Zero strategy released last year which aims to reduce emissions by road transport.

Local authorities are responding to the government’s drive with one example being the City of York Council which recently approved £1.6m of funding for bus companies to transition to ULEBs.

York plans to introduce a Clean Air Zone next year which will require buses entering the city centre five or more times a day to meet a ULEB standard.

Andy Eastlake, managing director of low carbon vehicle advocates the LowCVP, said: “The bus sector is showing the rest of the UK’s road transport sector the way when it comes to cutting pollution and emissions which cause climate change.

‘The new funding will encourage the introduction of more vehicles with greater zero emissions range capability and even bigger benefits to both urban air quality and climate change.’

Today the government also announced a new partnership with Greener Journeys which will encourage companies across the bus sector to help tackle loneliness in older and vulnerable people.